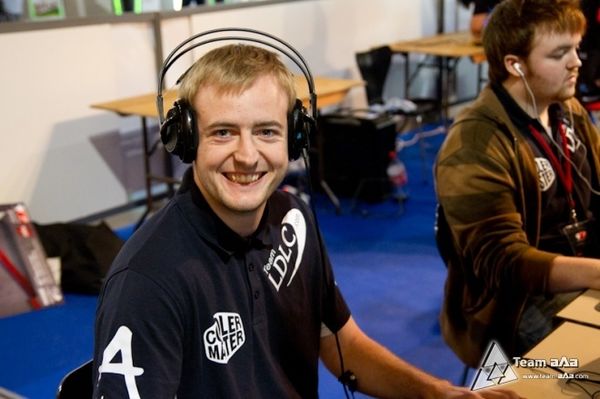 AureS used to be one of the strongest players in the late French Brood War scene.[Citation needed] He was a member of the team Nuit Blanche as well as the French National Team.

Despite being reluctant at first, AureS eventually switched to Starcraft II during the Beta, and managed to qualify for ESL Pro Series France IX playoffs.

The 2010-09-23, AureS left wCrea and joined Team LDLC.com. He made his name in the French Starcraft II scene during October 2010, when he took the second place of EPS.fr IX, losing to SarenS in the finals. Nevertheless, unlike most pro-gamers, AureS rarely competes in online events, causing him to be less and less highlighted in late 2010.

In 2011, he participated to offline events counting for the French circuit of ESWC : the MaXlan, where he was eliminated early by Naama, and the Gamers Assembly 2011, where he managed to reach the finals after knocking out Stephano and SarenS with a very aggressive style based on early Marines push. He was unable to get the better of Adelscott in finals, even though he already won against him during group stage, and therefore took second place in the event.

AureS attempted to get a spot into the group stage of Razer StarCraft 2 GosuCup, but failed to do so. He also proved again that he was a major player of the French scene by taking the second place of eOSL Summer 2011.

In October 2011, AureS participated to Electronic Sports World Cup 2011, which was his first appearance in a premier event. He wasn't able to reach the playoffs, being narrowly eliminated in the group stage.

On November 1, AureS was mentioned by ShiBa (Virus Gaming's manager) as one of the players who had already left the team.[3] On November 20, he was announced as a new aAa player.[4]

In January 2012, AureS was invited to HomeStory Cup IV (which was the first premier event he ever attended). He was swept in the first group stage, winning only a single game against PoYo. On March 6, it was announced that he had parted ways with aAa, hence becoming a free agent.[5] He later joined Imaginary Gaming.[Citation needed]