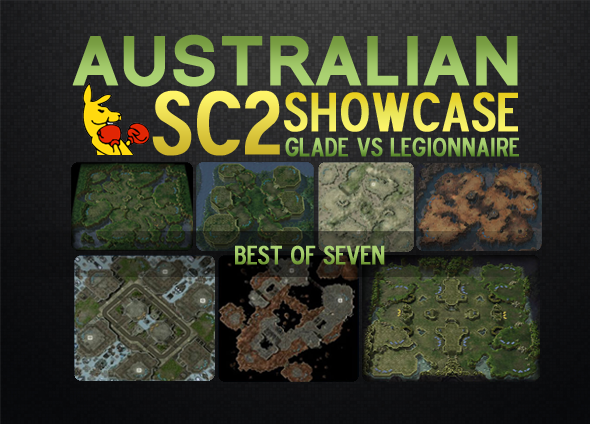 The Australian StarCraft II Showcase was a showmatch put together by iCCup.deL from TeamLiquid with the intention of demonstrating some of the top America server talent from Australia. The exhibition match saw the Warcraft III WCG national and Team Immunity member GLaDe go toe to toe in a best-of-seven with fellow Brisbanite and StarCraft legend Legionnaire. Aside from the obvious appeal of seeing a high level player in mOOnGLaDe and a respected celebrity of the TeamLiquid community play off, the showmatch also featured the parallel rivalries of the best Warcraft and StarCraft talent respectively to come out of Australia and the much debated WC3 vs. SC Player rivalry.

The matches were played 7th of April (Australian time).

The exhibition was a standard best-of-seven match:

The Map order was: