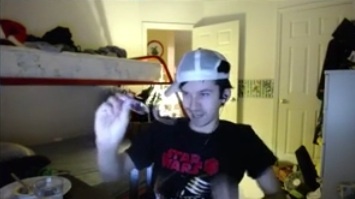 Avilo, a long-time gamer, started playing games when he was five years old.[Citation needed] When he discovered StarCraft: Brood War, he found it struck a chord with his competitive nature and he continued to play both Brood War and Command and Conquer throughout college.[Citation needed] Avilo received a beta invite and started playing StarCraft II at that time. While he has not won or placed highly at a major tournament (as of June 2014), Avilo has a relatively famous StarCraft II stream on Twitch.[1] Avilo has repeatedly called out his opponents and other StarCraft 2 streamers for hacking and cheating.

In July 2017 he got banned from Twitch for 24 hours for various misbehaviors.[2] In 2019 Avilo was removed from TL.net‘s list of featured streams and permanently banned from Twitch for harassing another streamer and recording without consent from both parties. Following this, he resorted to streaming on YouTube.

On June 24th, 2020 Avilo was accused of "Sexual Harassment, Emotional Abuse, Bdsm Abuse and Stalking" by Twitch streamer/personality Atira via twitter [3]. Avilo responded with several counter tweets from his perspective[4]. As of June 24th, 2020 Avilo has been banned from participating in the popular NA LAN - Cheesadelphia - by its administrator, Joe LoGuidice [5] as well as Shyrshadi Events [6]. Feardragon has also petitioned ESL to ban Avilo from playing in future events via twitter; it is still under consideration as of June 24th, 2020 (Updated Below) [7]. On June 26th, 2020 he received punishment for "unwanted behavior" and his ESL account was set to frozen for 3 weeks[8].

Avilo was permanently banned from participating in ESL and Dreamhack events on July 20th, 2020[9].

Avilo has posted a 41 page response to all the allegations against him and bans via a google docs on his Twitter on July 20th, 2020[10].

Throughout college, avilo played as much as possible with the goal of becoming a progamer once he was finished with college.[Citation needed] He successfully completed his studies, and received his Bachelor's Degree in Computer Science in late 2011.[Citation needed] avilo joined VT Gaming on April 13, 2011, along with MrBitter, where he stayed until VT Gaming disbanded on July 8. After a few months, avilo found a new home with Team Legion.

He was selected to represent the USA team at NationWars V in 2018 with Neeb and MCanning. Their journey ended in the group stage against Germany.