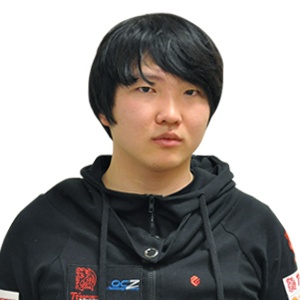 BBoongBBoong's career was effectively ended when he was charged with matchfixing and given a lifetime ban by KeSPA.[1]

BBoongBBoong tried to get a spot in 2011 GSL August Code A, but was eliminated in the last round of Qualifiers by TaeJa.[2]

In the 2012 GSL Season 1 Code A qualifiers, BBoongBBoong defeated South Korean Protoss Dream to take a Code A spot. He defeated Tassadar 2-0 in the first round of Code A but lost to Zenio 2-0 in the second round. He then played in the 2012 GSL Season 2 Up & Down matches and qualified for Code S after going 3-2 in his group, losing to YugiOh and Squirtle and defeating Heart, KeeN and Avenge.

September 14, 2011, BBoongBBoong participated in the ESV TV Korean Weekly Season 1 Weekly 9. After taking down ByuN, LoveCD, Jim, Revival, Creator he advanced in to the finals to face TaeJa. He was not able to advance any further and lost to TaeJa by a score of 1-4 and ended up taking second place.

On September 27, 2011, BBoongBBoong participated in the ESV TV Korean Weekly Season 1 Weekly 10. After taking down KingKong, Vampire, Luvsic, and TheStC, BBoongBBoong went on to face Symbol. he was not able to advance any further after he lost to Symbol by a score of 2-3 and fell in to the 3rd/4th place match. He was able to defeat Puzzle by a score of W-0, and was able to take third place.

From October 19 to October 25, 2011, BBoongBBoong participated in the ESV TV Korean Weekly Season 1 Finals 3. To start off the tournament BBoongBBoong was placed in Group D. After advancing through his group with a score of 2-1, BBoongBBoong advanced in to the playoffs. In the playoffs, BBoongBBoong took down ForGG and went on to face Squirtle. he wasn't able to advance any further and fell to the 3rd/4th place match after losing to Squirtle by a score of 0-3. He was able to grab third place after defeating Sirius by a score of 4-0.

On July 22, 2012, BBoongBBoong participated in the 2012 South Korea WCS Preliminaries. BBoongBBoong received a BYE in round one and then took down 김주열, finale, Seal, and faced TheStC in the finals. After taking down TheStC by a score of 2:0, BBoongBBoong advanced in to the World Championship Series: South Korea Nationals.

See more at 2015 Match-Fixing Scandal#Arrest of YoDa, BboongBboong and Gerrard

On October 19, 2015, BBoongBBoong was accused of matchfixing by the Korea e-Sports Association. His name was listed along with former Prime head coach, Gerrard, and his fellow teammate YoDa as well as 9 other people who currently remain unnamed. Sources say that BBoongBBoong made around approximately $5,000 by throwing one match in 2015 Proleague.[3]

On March 31, 2016, it was reported that BBoongBBoong had been sentenced to 18 months of prison, suspended for three years.[4]