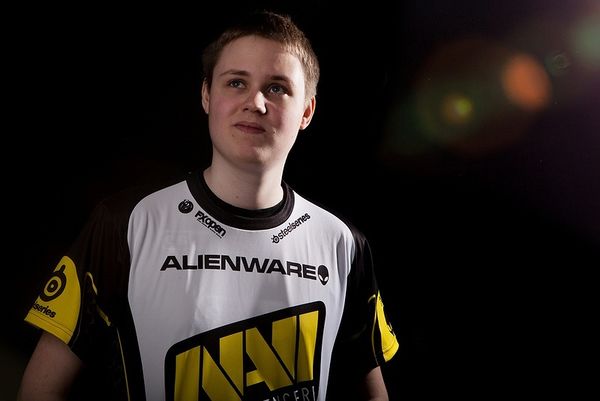 Before he switched to StarCraft II, BabyKnight was a successful Defense of the Ancients player. He was a part of the Meet Your Makers' DotA division, which won third place at Electronic Sports World Cup 2010.[1]

BabyKnight officially started his StarCraft II career in April 2011, when he became a part of the initial roster of Natus Vincere. However, he still played DotA with his Browned Potatoes teammates until May 2011, after which he has focused on StarCraft II, practicing six to ten hours a day.[1] As of August 2011, BabyKnight only participated in online events. He reached the finals of ZOTAC Cup #49 and of GameCreds Cup #25, and also tried to get a spot in Razer StarCraft 2 GosuCup, but failed to win an online qualifier.

BabyKnight qualified as the Danish representative for StarCraft II at WCG 2011, beating Ciara 3-2 in the finals.[2] In the World Cyber Games 2011 main event held in Busan, he came very close of earning a spot in the playoffs, but was eliminated in group stage with a very close 4-2 record, defeating Beastyqt.

On December 30, 2011, BabyKnight became teamless after Natus Vincere disbanded,[3] but shortly after, on January 9, 2012, he joined eSahara.[4] In June 2012, BabyKnight's contract with team Absolute Legends (which had previously acquired eSahara) expired, hence making the Danish player a free agent.[5] During the following weeks, he qualified for the TeamLiquid StarLeague 4 by placing second in the European/American rankings. On July 11, 2012, Absolute Legends claimed that BabyKnight had renewed his contract with them, rejoining the team once again.[6] However, four days later, FXOpen e-Sports announced that it had signed him.[7]

BabyKnight participated in the online portion of World Championship Series 2012 Denmark where he reached the top 4 easily, sweeping Khyira, Avekatten, and dropping a single game to Dreambunny beating him 2-1, and thus he qualified for the offline finals held in Sweden. Here he defeated Blackcidy 2-1 in the winners final, before beating him again 2-0 in the grand finals, taking first place.

Due to his results at WCS Denmark, BabyKnight participated in the 2012 World Championship Series: Europe Finals and ended up in 5th/6th place, beating players like White-Ra and Ret. He lost to VortiX 1-2 and was sent to the losers bracket where we was defeated 0-2 by his own teammate LoWeLy sending him out of the tournament but he had already secured a spot for the 2012 Battle.net World Championship.

At the world finals, Babyknight was seeded into group D, with State, MaFia and the tournament favorite Rain. Babyknight's first opponent came in the form of State, a match he won convincingly 2-0. Next up was Rain who defeated MaFia 2-0 as well. Babyknight came with what many considered the upset of the tournament, winning 2-0 and taking first place in the group. In the round of 16, Babyknight was put up against Teamliquid's HerO. He put up a valiant effort against the Korean, but fell 1-3 and getting knocked out on a 9-16th place taking home $3,500.

Babyknight was invited for the 2012 MLG Fall Invite-only Online Qualifiers going through the qualifier he notably defeated ThorZaIN, Nerchio and SortOf and ended being one of the players to get all expenses paid trip to Fall Championships in Dallas.

Babyknight was seeded in pool play at the 2012 MLG Fall Championship where he went up against HwangSin whom he beat 2-1 before losing 2-0 to NaNiwa, sending him to the loser's bracket. Here he defeated IdrA but lose in an extended series against HwangSin with a total score of 2-4, knocking him into the Losers round 4, where he lost 0-2 to Polt knocking him completely out of the tournament.

Babyknight attended Lone Star Clash 2. He was set to play TheStC, a match he won 2-0. In round 2, he was defeated by Stephano with relative ease and ultimately dropped down into the lower bracket. Here he defeated the American zerg player Sheth and took revenge from his MLG loss to Polt the week earlier, by an impressive 2-0 victory. He was ultimately defeated by viOLet 0-2 and was eliminated.

In December, Babyknight attended HomeStory Cup VI. He was put into group c, with players Ret, HasuObs and Fuzer. He topped his group with wins over Fuzer 2-1 and HasuObs 2-0. In the second group stage he was put into group with XlorD, Stephano and MMA. In the first match he lost a close 1-2 to Stephano and the second match he was eliminated from the tournament by MMA 2-0.

Babyknight attended ESET UK Masters 2013: Season 1 held at insomnia48 in the United Kingdom as a replacement for Verdi who had visa issues. He was placed into group a with Snute, JonnyREcco, ForGG, Lau and AndyPandy. He showed some mixed results in the group stage losing to JonnyREcco and Snute, but taking out one of the tournament favorites, ForGG. Babyknight advanced due to his head to head result against ForGG and was set to face the British zerg, Ziktomini in the round of 12. Babyknight took out the brit 3-1 and faced off Teamliquid's TLO. He managed to take a back and forth victory 3-2 and moved up to face Snute in the semifinals. Babyknight took the first map, but inevitably got crushed by the eventual winner. In the 3rd/4th place match, Babyknight played the young German terran player HeRoMaRinE, but lost again after taking the first map 1-3, placing 4th and taking home £600.

On April 9, 2013, Natus Vincere announced a merger with FXO.Europe, resulting in all European players with the exception of the inactive Elbegast to play under Na'Vi.[8]

On August 31, 2013, BabyKnight and Natus Vincere part ways, with the former citing communication problems.[9] He joined Millenium on September 1, 2013.[10]

On May 21, 2014, he announced on TL.net that he retired from StarCraft II to play Dota 2, as it became more and more difficult to play the game and enjoy it. He also added that it was possible he would come back with the release of Legacy of the Void.[11]