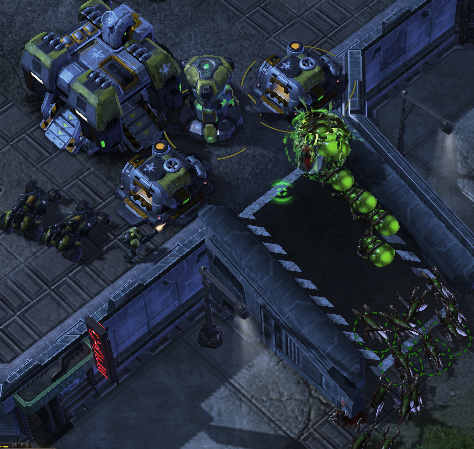 Either an early cheese build for a quick game over or desperation tactic to break the opposing Wall-Off to flood the opposing base with Zerglings.

Baneling Busts are no longer a standard build due to the high cost of gas, Roach pressure and busts are more common as the units have much more health and staying power, unless the opposing player has a tech advantage (see Execution). But in case the Roach Warren is not even started Zerglings are the quicker option for massing units quickly.

Specifically used against weak Wall-Offs that use low health buildings next to each other like Supply Depots, Add-Ons and Pylons, especially when they are placed next to each other; a mistake a player should not make twice. This build is weak against buildings! Aim for army and workers which will finish the game much faster and easier.