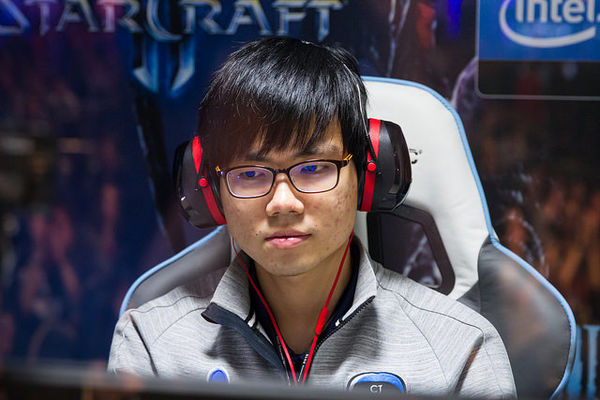 In April 2016, he was formally charged with match-fixing.

Bbyong participated in the fourth season of GSL qualifying through the prelimenaries 2-0 over Flying in group 7 day 1. In Code A he started in the second bracket against First, he was able to win 2-1. next against Genius he once again won 2-1. Next round he played fellow terran Heart and was able to win with 2 games to 1. With this Bbyong was seeded into next season's Code S.

Having advanced into Season 5's Code S from his run in Code A in Season 4, Bbyong was placed in group E with DongRaeGu, Creator and Mvp. First playing against Mvp he lost 1-2. in the losers match he played Creator and lost 0-2. Having placed last in the group he was knocked down to Code A for next Season.

With a new year came a new GSL season, from his run last year Bbyong was placed into the Up and Down matches to re qualify for Code S. In group C he placed 5th overall and was not able to advance going 1-3 in series.

Now in the new Code S called Premier of Season 2 Bbyong played in group B. He advanced in second place winning over Flying, losing to INnoVation then winning over Savage. In the Ro16, Bbyong was placed in group B, he first played Bomber and lost 1-2. He lost again 0-2 to INnoVation and again to Flash 0-2, he was then knocked down to Challenger and had to win against MarineKing to re qualify to Premier for next season. He was able to clinch a spot for next seasons premier winning 2-1 over his opponent.

Now in the Third season of the GSL Bbyong was seeded into group D of the Ro32 against Maru, Sleep and Dream. He was knocked down to Challenger finishing in third place going 2-0 over Dream, 0-2 to Maru and 1-2 to Sleep. In challenger, Bbyong played SuperNova and lost 0-2 and was knocked out of Season 3 and would have to re qualify all together for next season.

For 2014's GSL, Bbyong had to re qualify through the Qualifier. He advanced 2-1 over Super in the finals of group 4 morning session. Having made it to Code A Bbyong was placed in Group E with Solar, Super and FanTaSy. He advanced in first place going 2-1 over FanTaSy and 2-0 over Solar.In the Ro32 of Code S, he played in group E with PartinG, TRUE and MyuNgSiK. He advanced to the Ro16 placing second overall. He lost to TRUE 1-2, won 2-1 over MyuNgSiK and 2-0 over TRUE. In the Ro16, he was placed in group D with soO, herO and Trap. He was not able to advance, placing 3rd overall going 2-1 over herO, 0-2 versus soO and 0-2 against herO.

On April 21, 2016, the Changwon Prosecutor's Office formally charged Bbyong and Life for match-fixing. The report states that Bbyong intentionally lost a map against DRGLing in 2016 GSL Season 1: Code after reveiving 30,000,000 KRW.