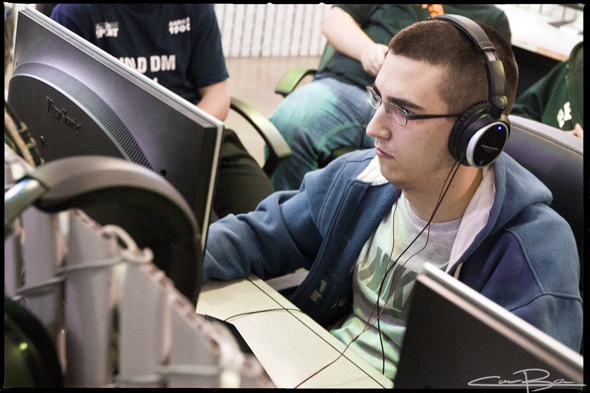 Beastyqt started his progaming career in Counter Strike. He played DotA from 2006 to 2010 with his friends. Beastyqt then transitioned to Brood War during 2010, wanting more experience with multi-unit real time strategy games in preparation for the release of StarCraft II. His first competitive team in SC2 was United as One (uAo). He spent his formative time in SC2 on Team uAo, learning and growing. Eventually, he received and accepted an offer to join Team Empire.

Beastyqt qualified for IEM Global Challenge Cologne 2011 and was eliminated in group stage where he took 3rd place with 1 win and 2 losses.

He was invited to Dreamhack Winter 2011 where he was seeded into Group I, winning against Ciara and losing to NaNiwa and his teammate Happy, finishing 3rd in his group and not advancing to the next stage.

Beastyqt qualified to the World Cyber Games Grand Finals 2011 which was held in Busan, Korea. He showed good games and went 3-3 in his group, but it was not enough to progress to the playoffs.

In December 2011 he won the SC2RO Season 2 tournament where many well known professional players like Kas, DIMAGA, NightEnD, Adelscott and HasuObs attended. He lost in main bracket round 6 versus the Ukrainian Zerg DIMAGA 1 - 3. After coming back from lower bracket where he defeated Protoss player BlinG, he beat DIMAGA 4-1 in the finals, achieving his biggest tournament win to date.

On January 25, 2012, Beastyqt participated in the ZOTAC Cup Monthly Final December. He was able to take down horror, Lucky, and then GoOdy to make it into the finals. For the finals, Beastyqt played a fierce Bo5 against Bly but was unable to take 1st place with a score of 2-3 and had to settle for 2nd.

In April 2012, he was announced as one of the first players to join MrBitter's Razer Academy Team House. He felt that his practice in Serbia on the European ladder was insufficient, and thus moved to California to be able to play on the South Korean ladder.[1] While in California, he attended the MSI Battlegrounds, where he placed third, after winning against SeleCt but losing against Axslav, and was invited to the GIGABYTE ESPORTS LAN Invitational.

He participated in the GIGABYTE ESPORTS LAN and was placed into a tough group. He was unable to overcome the calibre of players whom he was placed with and ended the tournament 5th in his group, 1-4, and was eliminated.

In May 15, 2014, he joined RuW[4] after being considered retired for about eight months. In this period he took part at some Starbow tournaments, like the Razer Starbow Tournament, where he achieved second place.

On October 4th, 2016, Beastyqt joined mYinsanity for his re-appearance in the pro-scene. Beastyqt instantly shows his skill by achieving 3rd in the WESG Europe & CIS qualifier by defeating some very strong opponents, winning 3K USD and a spot in the WESG global finals.

Beastyqt's playstyle emphasizes outpacing his opponents economically in long macro-oriented games. He is both confident in mech and bio play and oftentimes play both styles in series.