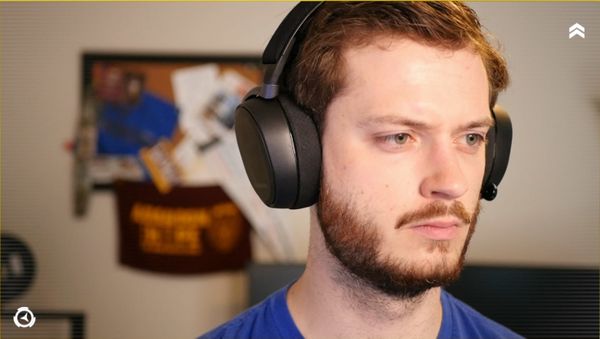 Philip "BeoMulf" Mulford is a StarCraft II Commentator and Producer from the USA currently on Alpha X.

BeoMulf was first exposed to StarCraft II in 2013, when Scarlett made her run to the WCS 2013 Season 2 Finals, where she kickstarted her storied rivalry with Bomber. As he was living on data-capped, 700ms satellite internet at the time, StarCraft II was the only game he could reasonably play and stay under that requirement. Within a year, he made his way to diamond, where he stayed for the next several years as he competed in the Chobo Team League and started on his nascent casting career.

In 2015, BeoMulf moved out west to Arizona State, where for the first time he could take the gloves off and play on internet up to par with the rest of the StarCraft II community. It went about as well as could be expected, and he stayed in diamond. However, just before that move he had started casting for the Ascended StarCraft League, casting Koreans with Temp0 and others. However, after a summer away from the game he came back to it with severely diminished mechanics, and that, coupled with a rapidly increasing course load, caused him to shelve the game for the next five years as he completed his BSE in Aerospace Engineering and Masters in Robotics and Autonomous Systems.

In the spring of 2020, COVID-19 hit the world and lead to a minor StarCraft II renaissance - bringing back a good number of players who had only tangentially followed the scene. BeoMulf was among them, and in March 2020 he hit the ladder for the first time since 2016. In about a month, he was able to hit Masters, and started looking for casting opportunities once again. He started doing replay casts for JaMiT gaming, as he had joined them for the Chobo Team League once again. However, when the bug bites, it bites hard, and it was not long before he was finding more and more small tournaments over the summer, which led into casts of the Dreamhack Masters open qualifiers. However, his big break was a clan war between Alpha X and Team eXoN, that led to eXoN signing him as a caster for the team and opportunities to cast several show matches for Alpha X.

In September 2020, he was signed to cast the Corporate Esports Association's weekly matches with Steadfast, as well as cast Stephano vs Rail on the ESL C stream in November.

Throughout 2021, he dedicated himself towards developing a production toolsuit as well as casting events, which culminated in the production of the 2022 IEM Katowice B Stream with Steadfast.