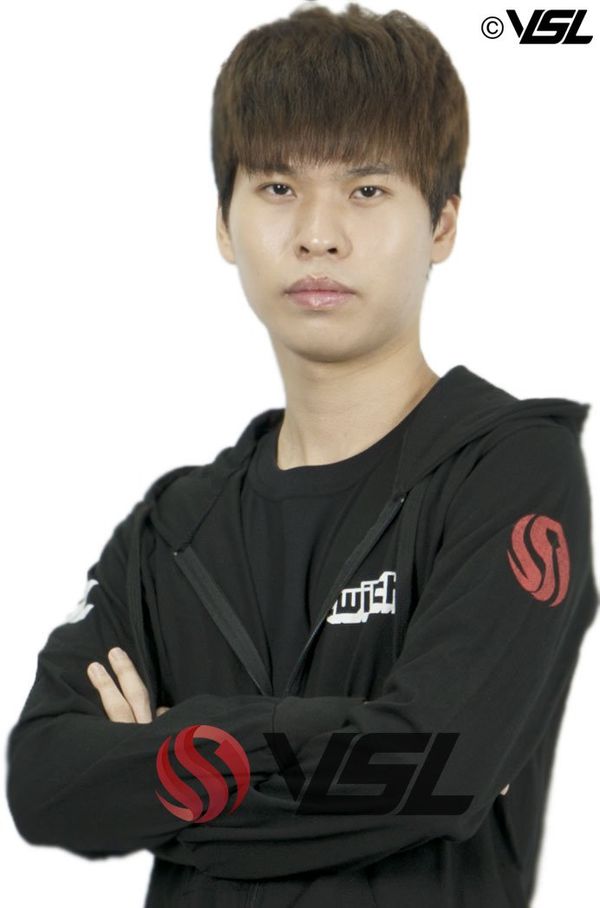 He was formerly known as "Lure".

Leaving his former team MVP with teammate and former manager PeGaSuS, on July 27, 2011 it was announced that Lure would be joining CheckSix Gaming.[1][2] However, due to external circumstances, Lure resigned from CheckSix Gaming. In early January 2012 he was announced as a member of newly formed team Rising Star. After Rising Star disbanded Lure joined Old Generations.[3] After the disbandment of Old Generations, it was revealed during his GSL 2012 Season 3 Up & Down matches that Lure had re-joined MVP

Billowy qualified for Code A in the 2011 GSL May after beating NalZa in the final of his bracket, but lost in the Ro 32 to Mvp. He resurfaced in January 2012, qualifying for 2012 GSL Season 1 Code A, after beating players such as Symbol and TAiLS in his bracket. His first match was against Brown which went 2-0 in Brown's favor.

Billowy qualified for Code A in the 2012 GSL Season 2 after beating players such as DeParture, RainBOw, and Whale in his bracket. In the Round of 48, he faced his teammate InCa, who he managed to defeat 2-1, securing a spot in Code A next season. In the next round, he had to play against YugiOh, but lost 0-2. He will have to play in the Up and Down matches to try to qualify for Code S.

On July 2, 2012, Billowy participated in the 2012 OSL Non-KeSPA Preliminaries. Billowy received a BYE in round one and then took down Cella, Virus, Sirius, and faced Seal in the finals. He was not able to advance any further and had to take 2nd place after he lost to Seal by a score of 1:2.

Billowy had a center stage moment during the first round of 2014 Proleague Round 2 Playoffs when MVP faced KT Rolster. He started the series for MVP and proceeded to record an all-kill, beating (in order) Stats, Zest, TY and Flash to send MVP through to the semifinals as part of their underdog run to the round finals.