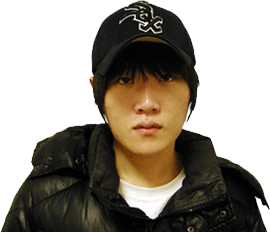 Kim "BitByBit" Nam Kyu is a StarCraft II South Korean Terran player who is now retired. He gained notoriety for doing 2 rax with SCV all-ins against his opponents.

BitByBit qualified for and competed in the 2010 Sony Ericsson Starcraft II Open Season 3. He reached the Round of 16 after defeating HayprO and YugiOh before losing to FruitDealer. He became infamous among viewers for performing SCV-allins in every single game he played in the tournament.

The Round of 16 finish was enough to qualify BitByBit for the first season of Code A in January 2011. He was defeated in the first round 1-2 by Moon, in another series notable for spawning a widely distributed clip of Moon's failed baneling landmines.[1]

He was subsequently dropped from the Prime roster in March.[2]

In September 2012, it was announced that BitByBit has started playing again after a hiatus.[3] A month later it was revealed that he had joined MJ Team.[4]

He returned to retirement following the disbanding of MJ Team.[5]

The term "BitByBit" has become a popular term referring to "SCV All-ins". Jinro once jokingly said in his GSL3 Round of 8 interview that "A bit of BitByBit doesn't hurt" in defense against StarCraft II fans for stereotyping his macro-oriented playstyle.