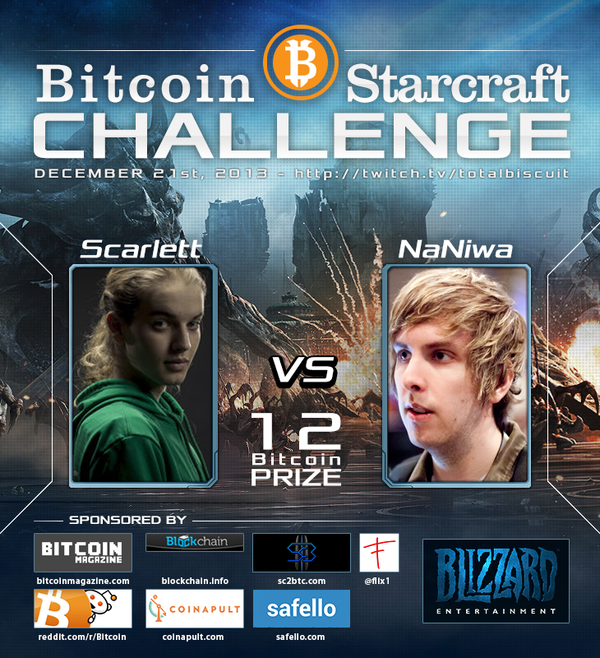 After TotalBiscuit hosted his SHOUTcraft America Winter tournament he announced a show-match between the players Scarlett and NaNiwa funded by Bitcoins. Two days prior to the showmatch between Scarlett and Naniwa it was announced that iNcontroL and Destiny would be playing an undercard show-match for 1 Bitcoin before the event because of community interest and to ensure an acceptably lengthy event.

14 Bitcoins is spread among the players as seen below: