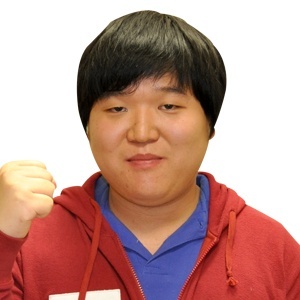 BrAvO was a member of the hOn clan, who also brought Alone to the Brood War scene (as hOn_princess).

BrAvO's first televised StarCraft 2 games came in the 2011-2012 Hybrid Proleague under the ID: Sin. He won his first game against Sang on Entombed Valley in Round 1 before picking up his second victory against Snow on Ohana the following round as BrAvO ended the year with a perfect 2-0 record.

BrAvO's first taste of Individual StarCraft 2 action came in the 2012 OGN Starleague Season 1 Preliminaries on July 19, 2012. He was placed into Group H, and after receiving a bye, went on to defeat Calm and Horang2, 2-0 and 2-1 respectively. He faced BeSt in the finals, but lost 2-0, eliminating him from the event.

BrAvO next played in the qualifiers for 2012 GSL Season 5. He found himself in Group 9, where he beat cSris, 587, EffOrt and Monster to advance to Code A. He was paired against MC in the very first match and lost 2-0 to bring an end to individual competition for his year.

BrAvO began 2013 on Woongjin Stars's roster for Proleague 2012-2013. He appeared six times in Round 1, getting the best of FanTaSy, Mind, TY and Reality, only losing to TaeJa and INnoVation in Week 3, finishing with a 4-2 mark. He did not play in Round 2, but returned in Round 3, posting a 3-1 record with wins over s2, Crazy and TurN, with a sole loss to Terminator. The Terran featured once in Round 4, with his win over hyvaa, part of a losing effort against STX SouL. He then missed out on Round 5, but returned with a 2-1 performance in Round 6. BrAvO lost to Bisu in Week 4, but brought the year to a close with wins over RorO and MyuNgSiK. He next appeared in the Grand Finals of Proleague, where he was fielded first against STX SouL, losing to Mini in what turned out to be a 4-2 defeat for Woongjin Stars.This proved to be his final appearance for the team as he was released in October 2013 after posting a 10-5 record for them in Proleague, but he was picked up soon after by SK Telecom T1 on October 15th.

BrAvO made his return to individual competition in 2014 GSL Season 1. A win over Sniper, and a pair of victories over eMotion sent him through to Code A., where he was placed into Group C along with YongHwa, Leenock and Flash. BrAvO lost his opening match to Leenock, 2-1, but bounced back to defeat Flash in three games. He faced off against Leenock once again in the final match, losing to him for a second time that day to drop out of GSL.

BrAvO only played twice for SK Telecom during Proleague 2014, once in Round 1 against Sora of CJ Entus, a match that he won and in Round 2 against TY, to whom he lost. With Proleague completed, BrAvO was once more released, this time joining Samsung Galaxy for 2015.

BrAvO and the rest of Samsung Galaxy kicked off 2015 a little early on December 22, 2014 as they took on CJ Entus in the opening match of 2015 Proleague Round 1. He opened the year with a win over Bbyong to force an ace-match, only for Bbyong to beat Solar on Foxtrot Labs to give CJ the victory. BrAvO appeared two more times in the round, beating Flash in Week 4 before losing to Sorry in Week 6 to finish the round 2-1.

The Terran missed Samsung's first match of Round 2 against the Jin Air Green Wings on March 2nd, instead taking part in the 2015 GSL Season 2 Qualifiers on March 4th. BrAvO defeated Spear, jjakji and TRUE. Absent from the starting lineup in Week 1, BrAvO made his debut a week later with a victory against DeParture as Samsung defeated MVP 3-1. He finished the round with a loss to Life and a win over Dream to log his second consecutive 2-1 mark. With the round completed, BrAvO's Code A match against Curious took place on April 17th, with the veteran Zerg eliminating the Terran 3-0.

BrAvO was fielded in Week 1 of Proleague Round 3, but lost to herO. He then beat MarineKing next week before taking another loss against INnoVation. However, in the final two weeks of the round, BrAvO defeated jjakji and Rogue to finish with a 3-2 record.

Round 4 began on July 20th, with BrAvO getting a win over Maru in a mech vs mech battle on Cactus Valley in the first game of a 3-0 victory over Jin Air. He was next fielded against SK Telecom, this time in a losing effort to Dark. The Terran proceeded to notch wins over sKyHigh and Losira before dropping a game to DongRaeGu on Vaani Research Station in his final appearance of the year. Though Samsung finished the regular season in sixth place, BrAvO earned the second most wins on the team. His 10-6 mark was punctuated by a 7-2 record vs Terran, one of the best records in the league against the race.

BrAvO's first forays into offline LotV took place on December 29, 2015 with the qualifiers for 2016 GSL Season 1. BrAvO was placed in Group D and, after receiving a bye, he lost to Impact before defeating Natural to claim the third Code A spot. That Code A match was played on January 13, 2016, with Forte getting the better of BrAvO 3-1.

Round 1 of 2016 Proleague began soon after, with BrAvO making his debut in the next expansion in an ace match against Zest. BrAvO failed to win however, but rebounded by beating Hush in Week 3 before closing out the round with a loss to soO. Samsung once more struggled in Round 2, going 2-4, but BrAvO fared far better as he wound up with a 3-1 record, with wins over ByuL, aLive and Leenock, with his lone loss coming against Ryung.

BrAvO returned for another shot at GSL on May 11th in the qualifiers for GSL Season 2. Wins over SGW and Zoun saw him through to Code A, but, as it had in all previous attempts, his run came to an end there as he lost to Classic 3-2 after falling behind 2-0.

BrAvO had to wait until Week 2 of Proleague Round 3 to see action, though it was a losing effort against Trust. He picked up another loss to Patience before what proved to be the final victory of his Proleague career against Hush in his last appearance for Samsung. BrAvO ended 2016 with a 5-5 record, with his time as a member of Samsung Galaxy coming to an end later that year when the team disbanded on October 18th.