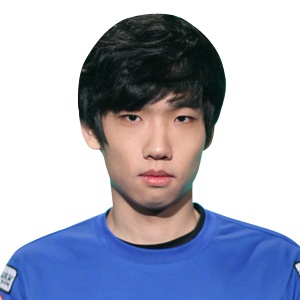 Brown qualified for the GSL May 2011 Code A tournament by beating HerO 2-0, but he was knocked out immediately by Vanvanth with a score of 2-1.

He qualified again for Code A through the GSL November 2011 preliminaries, where he faced off against YoDa in his bracket finals. He then defeated the "random king" SUPERSTAR 2-0 in the round of 48, and proceeded to defeat Code S dropouts Ryung and LosirA in the next rounds to win a Code S spot in GSL January 2012. Brown became teamless on November 3, 2012, when SlayerS disbanded.[1]

On May 4, 2012, Brown participated in the EWM Season 2 Week 6. Brown took down Supreme, Noblesse, Luvsic, Whale, and Monster to advance in to the finals against HyuN. He wasn't able to advance any further and had to settle for second place after losing to HyuN by a score of 0-2.

On June 15, 2012, Brown participated in the EWM Season 3 Week 2. Brown received a BYE in round one and then went on to take down Sirius, Center, Whale, and asd to advance in to the finals against Arthur. Brown defeated Arthur by a score of 2-1 and advanced in to the EWM Season 3 Finals where he would have a shot to obtain a Code A seed if he won against the other weekly winners.