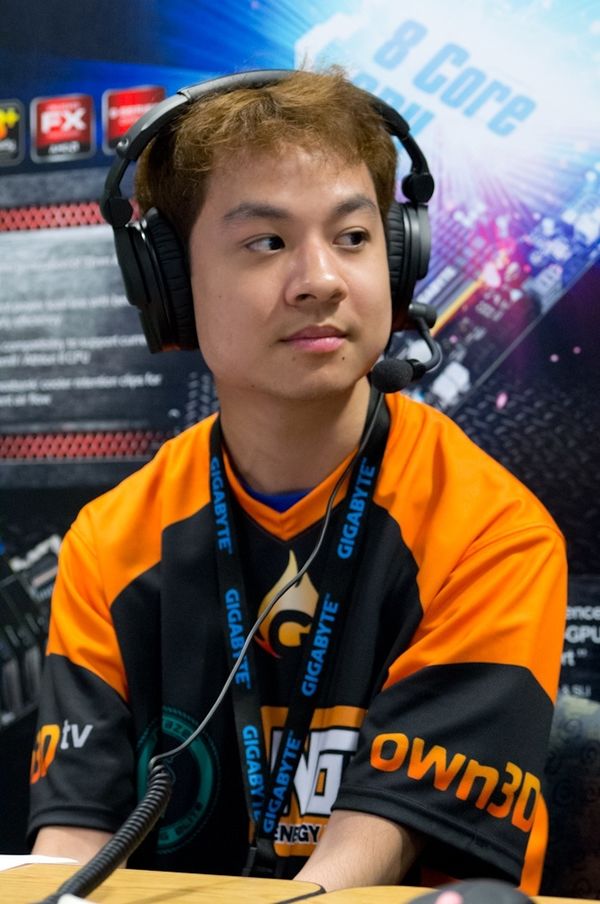 Christopher "Bubbles" Guzman, also known as Rhythm, is an American Protoss player who is currently retired.

Bubbles was acquired as a member of All4ONE Gaming when it was bought by It's Gosu eSports.

On February 1, 2013, Rhythm was acquired by Quantic Gaming after the team reformed by merging with It's Gosu and 4Not.[1]

Emerging out of a period of inactivity at the 2013 MLG Spring Championship in Anaheim, Bubbles played EGTL's Coach Park on the mainstage in a highly controversial set, cannon rushing him in game one. In game two, Coach Park attempted to reverse cheese with a proxy 2-gate, but it was shut down, and Bubbles used offensive cannons again to knock out the fan-favorite 2-0. After being knocked down to the losers bracket by HyuN, Bubbles went on a surprisingly deep run, knocking out the thirteen year old grandmaster arium as well as NonY and KawaiiRice before being eliminated 2-1 by Heart.