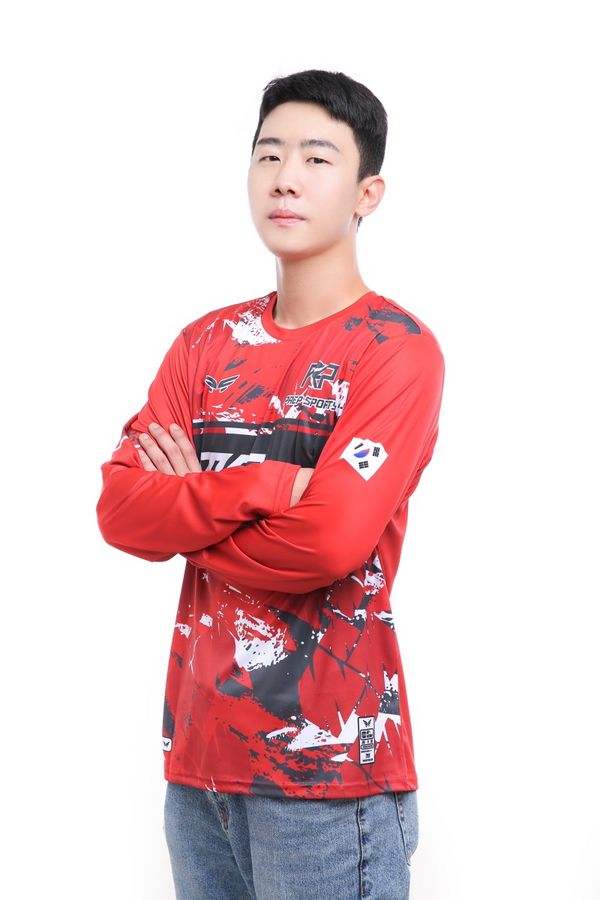 For the 2012 Hot6iX GSTL Season 2, ByuL made his very first GSTL debut. ByuL was sent out as the fourth player for FnaticRC during the very first round of the GSTL matches against TSL. His first debut was cut short when he lost to Symbol. However, in the next match up against IM, ByuL found a lot more fortune. He was sent out as the third player and grabbed four straight kills against YongHwa, Seed, Happy, and NesTea and allowed Fnatic to advance straight in to the next round. He wasn't able to find any more luck as he wasn't able to grab anymore victories even though Fnatic sent him out against Prime, MVP, and SlayerS

ByuL participated in the 2012 GSL Season 3 Preliminaries. He was able to the final round of his bracket before being eliminated by Freaky.

ByuL participated in the 2012 GSL Season 4 Preliminaries. He was able to defeat Bunny in the first round but was then eliminated by Movie in round 2 by a 2-1 score.

ByuL participated in the 2012 GSL Season 5 Preliminaries. He was able to defeat MadBull, SonGDuri, and Sea to win his bracket and qualify for his first GSL Code A.

ByuL played in 2012 GSL Season 5 Code A. He was able to surprisingly eliminate MMA in the first round before being beaten 2-1 by KeeN in Round 2. This sent ByuL to the 2013 GSL Season 1 Up and Down matches.

It was announced on the 8th of December 2012, that ByuL had joined Incredible Miracle [4]

Byul was placed in an Up and Down group with Bomber, HerO, ByuN, sOs, and Genius. Byul was able to advance in second place only dropping a game to Bomber and advanced to his first ever Code S.

In 2013 GSL Season 1 Code S Byul was placed in a group with Life, Symbol, and Creator. He would fall to both Symbol and Creator 2-0 and finish last in his group. This sent him down to Code A.

In Code A Byul faced Effort in the first round and was defeated 2-0 and was sent down to Code B.

Byul participated in the 2013 WCS Korea Season 1 Qualifier. He was able to advance through his bracket only dropping one map to qualify for WCS Korea Challenger League.

Byul participated in WCS Korea Challenger League 2013 Season 1. He would lose his first bracket match to JangBi 2-1 and was eliminated from WCS Korea.

Byul decided to switch regions to America and participated in the 2013 WCS America Season 2 Qualifiers. He was able to advance from the second qualifier by beating players like MaSsan, Zenio, and Golden and therefore qualified for WCS America 2013 Challenger League Season 2.

Byul was able to run through his Challenger League bracket by defeating MajOr, Tilea, and Ryung by 2-0 scores and qualified for WCS America 2013 Season 3 Premier League.

ByuL made his Premier League debut in Group D against Hack, Arthur, and aLive. He was able to defeat Arthur 2-0 and Hack 2-1 to advance first in his group and make the Ro16. In the Ro16 he played in a group of Polt, HuK, and Apocalypse. Byul was able to recover from a first match loss to Polt and advance in second by defeating both HuK and Apocalypse. ByuL would face MacSed in the Ro8 and advance with a 3-1 victory. In the Semifinals, ByuL faced Jaedong and was able to win by a narrow 3-2 margin. ByuL faced Polt once again in the finals and was defeated by a 4-1 score. ByuL claimed second place and qualified to play in the 2013 WCS Season 3 Global Finals.

At the Global Finals, ByuL faced a Ro16 group consisting of Maru, duckdeok, and soO. ByuL was able to advance in second place after losing his first match by defeating duckdeok and soO by 2-0 scores. ByuL then faced Trap in the Ro8 and was eliminated 3-1.

In late 2014, ByuL tried to qualify for GSL Season 1, beating Sorry in the winners bracket, before losing to Terminator and falling to the Losers Bracket, where he beat Flash to move through to the Losers Bracket finals where he once again faced Terminator, who beat once again beat 2-0. Shortly after he played in the SSL Season 1 Qualifier, where he lost to Stats in the Winners Brackets, only to beat First and DynaMite, to move on to SSL Challenge. There, he was to face Super, but lost the series 3-0, eliminating him from the tournament. At the same time however, ByuL became one of the strongest players in the first Round of Proleague, going 5-3 and being seeded every single match. He was however also responsible for the biggest upset of the Round, as he lost to Terror, a player that had never won a single game in Proleague before.

As Season 2 was about to start, ByuL once again tried qualifying for the GSL, this time a lot more successful, beating aLive, Reality and HerO without dropping a single map. Only shortly after, he played the SSL Qualifier, where it went similarly, as he beat State, Pigbaby, Seed and Flash, only dropping maps to State and Pigbaby.

In GSL Code A, he met YongHwa in another PvZ and beat him 3-2 in a very close series, moving through to Code S. Only shortly after, he met INnoVation in the SSL Challenge Series, whom he beat in Round 2 of Proleague. It was a close match, but ByuL was able to close it out in the end, moving through to the Ro16. Short time after he was given the MVP award for Proleague Round 2, after going 4-2 in the regular season and achieving an impressive 3-kill against the Jin Air Green Wings, defeating Rogue, Trap and Maru, who he was going to meet once again a week after in the Ro16 of the KeSPA Cup Season 1, for which he qualified by beating players like INnoVation, YoDa and Super. In his match against Maru, he was barely able to edge out a 3-2 victory, moving through to the Round of 8 where he was to meet MyuNgSiK, whom he beat 3-1. In the next round, he then met his Teammate herO, whom he lost to 3-0. herO then ended up winning the entire tournament.

Only shortly after, ByuL played his SSL Ro16 group against Life, Trap and soO. He beat Trap 2-1 in rather impressive fashion before moving on to play Life, who was at the time said to be the best player in the world at the time[by whom?] and beat him 2-1, moving through to the Round of 8. The day after, he played his GSL Code S group, with his first match once again against Maru. This time however, he lost the series 2-1, falling down to the losers match, where he was to play against Team Liquid's HerO, whom he crushed 2-0, moving through to the final match where he was to play against TY.

ByuL was automatically seeded into 2014 WCS America Season 1 Premier League based on his 2013 WCS results. He was placed in a Ro32 group with Revival, HyuN, and TheStC. Byul won his first match 2-0 over TheStC but then was defeated by both HyuN and Revival by 2-1 scores and fell to Challenger League.