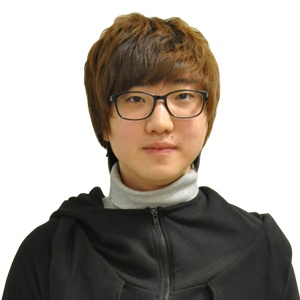 cOre was once a member of the Korean clan Zenith, and he was part of the initial roster that merged with the NEX clan to form the professional gaming team ZeNEX in October 2010.[1]

cOre joined team Prime in the summer of 2011.

In February 2012 cOre decided to retire from progaming to focus on his studies. This was stated in his teammate MarineKing's winner's interview from Code A Ro 24.[2]

cOre participated often in ESV TV Korean Weekly and KSL events. The most impressive showing he made in the Korean Weekly Season 1 Weekly 7 where he finished 2nd. During the tournament cOre won over such players as qxc 2-0, aLive 2-1 and Leenock 3-0.

In 2011 due to his performance in GSL Open Seasons 2 and 3, cOre was seeded into GSL January Code A, where he was knocked out in the round of 32 by BanBans 2-0.

In 2012 in the GSL Season 1 Preliminaries cOre defeated YangSongE in the final of his group and re-qualified for Code A. However he was eliminated from the tournament in the Round of 48 after losing 2-0 to ForGG.

In 2011 cOre made his debut in GSTL for the team ZeNEX in the 2011 GSTL Season 1 in the match vs Incredible Miracle where he won over True in the second set before losing to YoDa in the third set.

On August 17, 2011, cOre participated in the ESV TV Korean Weekly Season 1 Weekly 7. After taking down Choya, qxc, aLive, and Leenock to advance in to the finals to face Puzzle. He was not able to advance any further and lost to Puzzle by a score of 1-4 and ended up taking second place.