< Campaign
[e][h]Heart of the Swarm
With Friends Like These... 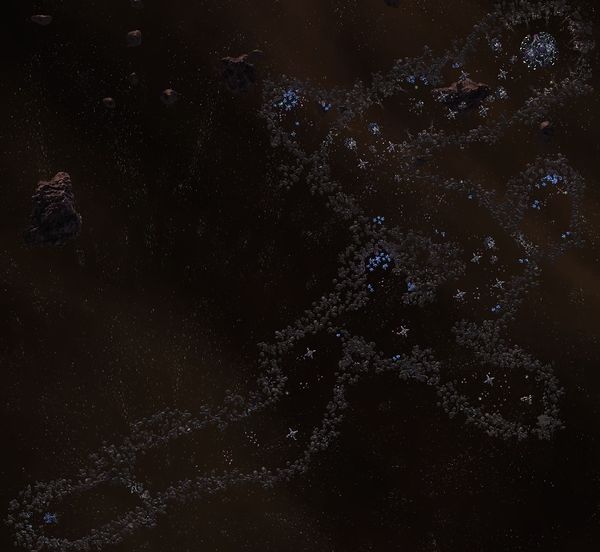 With Friends Like These... is the first mission of the Space arc.

Hyperion tries to convince Mira Han to co-operate with the help of force.

The first part is really straightforward. Use the abilities they introduce to you, and take out all enemies. When the second part starts, you should follow the left side and take all the minerals that you can jump to. Leveling up makes you much stronger. The rest of the mission is quite easy. There are two parts where you want to deviate from the path. When the Hyperion crew talks about the pirate ship, it gives you an ability to stun other ships that are close to you. The other time is the second time you warp in a station. You want to go to the left and pick up that mineral cluster as well, so that you can reach max level. The final boss shoots mag mines at you. Jump out of their way and you shouldn't have any problems with it.

Run over the blue Mineral asteroids
The first cluster is to the north of the first checkpoint. Follow the right wall until you can jump over to it. The second one is to the left of the second time you warp in a station.

Kill the Pirate Ship when the Hyperion crew talks about it
The ship turns invisible and summons small ships once its health drops. When it comes back, it sends out a pulse that stuns your ship if you are too close.

Complete the mission to obtain this achievement.

Most of these are tied to the side mission. Complete that, and make sure to take the ones that are to the left side at the end.

Mag Mines are the bombs that are sent towards you with a red beam telegraphing where they are going. Jump out of the way with Q if you can't move out in time.

Minedcraft, Space Ace, With Friends like These, Killed Pirates on Brutal.

Despite what you might think, taking all the mineral clusters actually makes this mission go faster, since you can finish off turrets with one Yamato Cannon. You should use your jump all the time in order to move forward quickly.