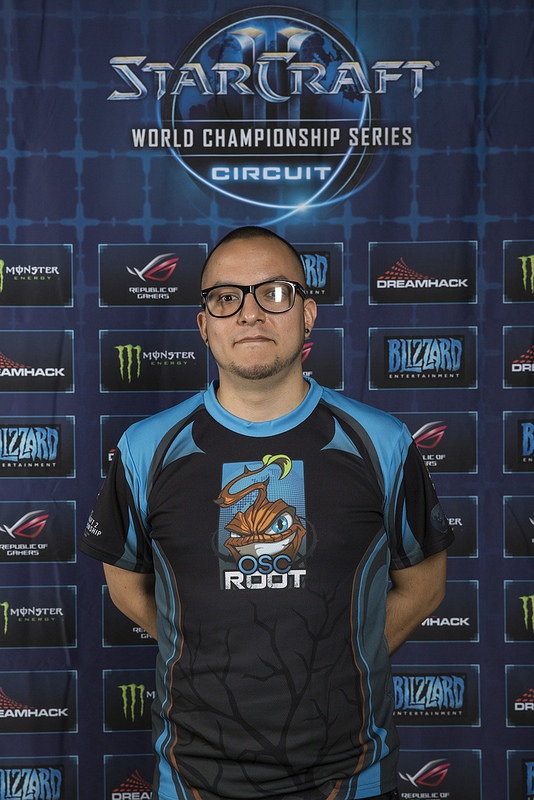 Paulo "CatZ" Vizcarra (born July 4, 1986) is a Peruvian commentator who is currently working for ROOT Gaming.

CatZ was a long time StarCraft: Brood War player. Teaming with Drewbie in 2v2 on iCCup they achieved an A rating. With the release of StarCraft II he has focused primarily on 1v1.

CatZ is known as a player with a very eclectic playstyle. Sometimes compared to TLO, CatZ has been known to engage in a variety of odd builds, including but not limited to early hatches in the opponent's main,[1] pulling off half the starting workers as harassing units, and dropping Ultralisks into enemy mineral lines.[2]

CatZ started the ROOT Gaming team in beta with Drewbie. CatZ recruited many top players from Warcraft III and Brood War. The team blossomed during beta into America's top clan. He was active in the beta tournament scene with notable wins in the ITL.

With the release of Wings of Liberty, CatZ has seen moderate success in tournament play.

In the loser's bracket, Catz defeated Machine (2-1) and J3TTY (2-0) before eventually losing to Agh 2-1 in a highly competitive series.

In 2011, CatZ would post his first notable tournament result with a victory in the first Justin.tv Invitational. He defeated players such as Pokebunny and MaNa along the way. Catz would be announced as one of the initial invites to participate in the first season of the IGN ProLeague.

In March 2011, CatZ was selected to be a player in the first season of the North American Star League.[3][4]

During this year, CatZ experienced relative mediocrity at MLG's, never making it out of the Open Bracket. His best result in the MLG Pro Circuit 2011 was placing 37th at MLG Columbus 2011, where he lost 0-2 to qxc in the loser's bracket finals of the Open Bracket.

On May 15, compLexity Gaming announced that they parted ways with CatZ and Drewbie[6] after their contract was not renewed. CatZ also announced the same day the rebirth of ROOT Gaming.[7] CatZ had originally planned to attend the MLG Summer Championship, but attended the WCG Pan-American Championship instead, where he took home the bronze medal.