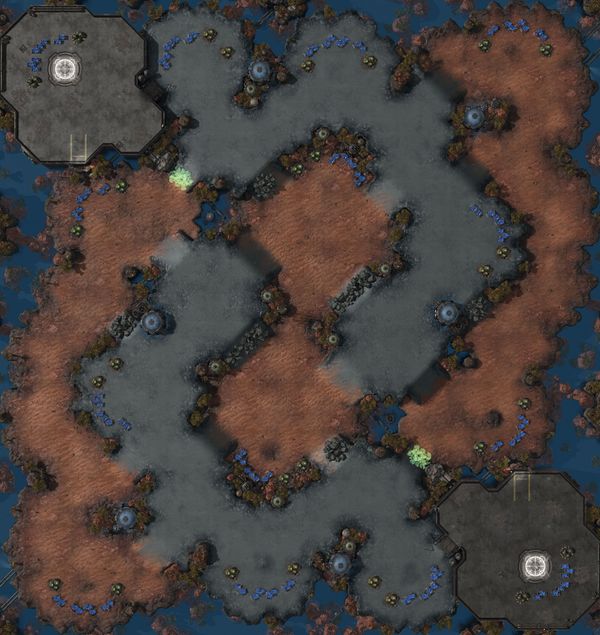 A solid, medium sized 14 base map for standard play.
The expansion pattern is very flexible - after the linear 3rd, take your pick of aggressive vs defensive, forward vs protected bases.
The long, arcing high grounds can be very powerful for map control, acting as a staging point to defend multiple bases as the game progresses. These fairly narrow/chokey ridges provide a contrast to the 2 wide open central low-ground areas.
Frontal attacks are initially funneled through 3 consecutive chokes: the rock-narrowed ramps in front of the naturals, and the central choke point - the aggressor may prefer to move along the high ground, or take one of the side paths. Later on, the large rocks near the center can be destroyed to open up the direct attack paths across the central high grounds.

Secure the high ground arcs to maintain map control, or destroy the large rocks to open up the main central attack paths.