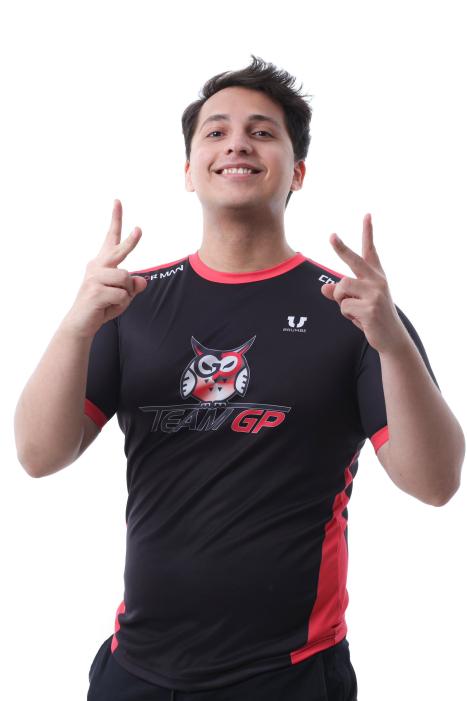 Pablo Cham is a zerg player from Guadalajara, Jalisco. He discovered StarCraft at the age of 15 which would later become his passion.

Cham participated in the World Championship Series 2012 Mexico, which took place in Mexico from August 3 to August 4. Cham was able to defeat Diethel, but was sent to the losers bracket by MajOr. There he defeated mLAce, korsario and SeCReT, however in the end he was defeated by Dark. Cham did not qualify for the 2012 StarCraft II World Championship Series North America Finals, however a fortuitous turn of events and for his joy; Cloud´s visa was rejected, thus enabling Cham to go in his place.

Cham did go to 2012 StarCraft II World Championship Series North America Finals and with a close series Mystik sent Cham to loser's braket, and unfortunately with another close series, he was defeated by theognis.

On November 10, Cham participated on WCG Mexico Qualifiers. Cham was able to grab Third place after overcoming LsEvilPug, JimRising, zapo. He reached the Finals of the winners bracket against Maker, but Maker won which sent Cham to the loser's bracket in which he faced JimRising.

Cham was able to qualify for the Copa América 2013 Season 2 in which he placed 5-8th. In the group stages, Cham was able to easily take first place beating out ByRada 2-0, and BLord 2-0. In the playoffs however, KilleR was able to have his number, winning a convincing 3-1.

Again, Cham qualified for the Copa América 2013 Season 3, this time taking 2nd in his group stage. He defeated ThuNdeR 2-0, before falling to MajOr 0-2, but advancing to the playoffs with a win over Tunico 2-0. Then on in the playoffs, Cham was able to beat Tropa and JimRising both 3-0 to advance to the finals against MajOr, who then beat him 4-0. Cham placed 2nd in the season.

Cham also played in the Copa América 2013 Season 4 where he unfortunately got eliminated in the group stages of the event. Forfeiting his matches to Demonizer due to showing up late, defeating XionS and ultimately being eliminated by BLord.

Cham was able to qualify for the Copa América 2013 Grand Finals held offline in Argentina. He was unlucky in seeding, having to play MajOr in the first round in which he lost 0-2. Dropping down to the loser's bracket, Cham was able to defeat Dashiz 2-0 before being eliminated by KilleR 1-2. Cham earned $300 in the grand finals, on top of free service to the LAN in Argentina.

Cham won the Mexican nationals for WCG 2013, with wins against MVP, Pain, Dark and Maker, qualifying him for the Finals in China. In the World Cyber Games 2013 Cham ended in 5th place in his group, with wins against eNjiin and Demigod. Placing himself 17-20th overall in China.

Cham participated in the 2013 MLG Spring Championship, defeating many opponents, SLeet 2-0, TOdesKaMpF 2-1, Cham looked like he would be advancing far. In the round of 32 however, he faced arguably one of the top foreigners in the game and went down 0-2 to NaNiwa dropping down to the loser's bracket and eventually being eliminated by Grubby 0-2.

Cham earned a place in the Vasacast Invitational 2014 via the South American Qualifier, with victories over HHS, Gool, Gosudark, Jarppi, and LsEbA. In the main event, Cham lost in the first round to jjakji.

Cham easily qualified for the Copa América 2014 Season 1, and then went on to win his group stage. Playing and defeating DontPanic 2-0, and RuFF 2-1. In the playoffs, Cham matched with rival JimRising, beating him 3-0. MajOr then got vengeance, knocking Cham down to the 3rd place match with a 3-0 victory. Cham then played RuFF again, where he lost 1-3, placing 4th in Season 1.

Cham again, easily qualified for Copa América 2014 Season 2. In the group stages, Cham played BLord, and won 2-1. He then went on to defeat CatZ 2-0 and solidified his spot in the playoffs. In the playoffs, Cham played KilleR where he was able to win 3-0. Went on to play MajOr and lost 1-3. In the 3rd place match, Cham lost to CatZ 1-3, thus placing him in 4th for the second season running.

Cham played in the Copa América 2014 Season 3 where once again, he was able to win his group stages. Beating Capoch 2-1, and Sheep 2-0. In the playoffs however, Cham lost in the first round to the eventual Season 3 champion, JonSnow. Finishing with a place of 5-8th, Cham was able to clinch himself a spot in Peru for the Grand Finals. 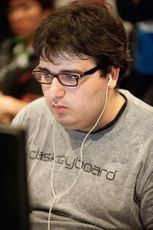