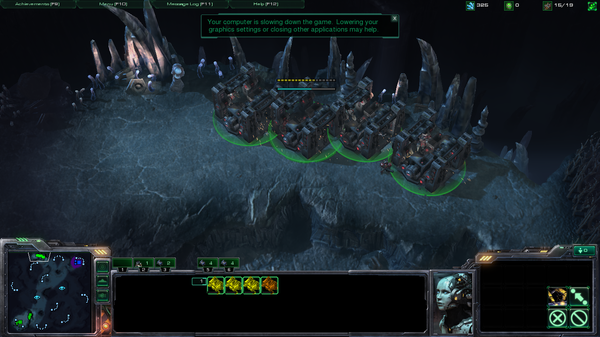 A normal Proxy 2 Rax aims to catch someone off guard that does not wall-off or is early expanding, this build aims to fail to 2 Rax and then go all-in with 5 Rax proxied and hit with an overwhelming number of Marines when the opponent thinks they are safe

At the 6 minute mark, you should have a bunch of Marines. Send them to the expansion of the opponent, and focus fire the most necessary units (Queen) first, before they can reinforce. If there is no expansion, dart into the main to see what there is. Here you make a choice of whether to pull back (mass Baneling, Bunkered up, many Sentries), or to go all-in, and keep pumping Marines, until they are overwhelmed.

If you know you cannot overwhelm your opponent with the first attack, fly the proxy Rax to your natural and wall off. If you do not go ahead with the attack, after scouting the main with a Marine, go ahead and expand, whilst grabbing both gas, and transitioning into something standard,. If the attack fails, but you have enough Marines to hold off their counterattack, expand, and macro up. You will probably be behind here, so expanding is crucial if you want to stand a chance of survival. Next, grab some gas, and transition into a Marauder heavy army, as to make best use out of the Barracks. There is also a heavy chance your opponent will go for a Marine counter build, such as mass Baneling, so this should give you the upper hand.