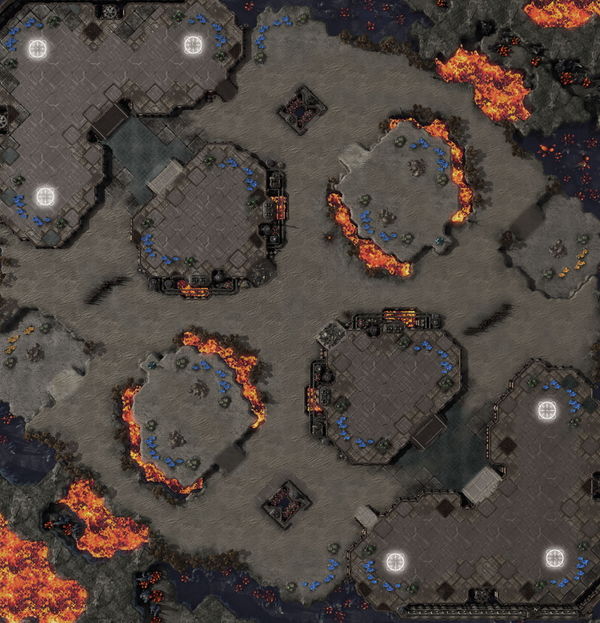 Cinder Fortress is a 6-player map intended for 3v3 ladder play. It was released by Blizzard with Patch 1.3.

Team play map, you share a fortress with your allies. Initial expansions are easily defended, but additional expansions push towards the enemy. Utilize a Watch Tower to help defend your team's forward position.