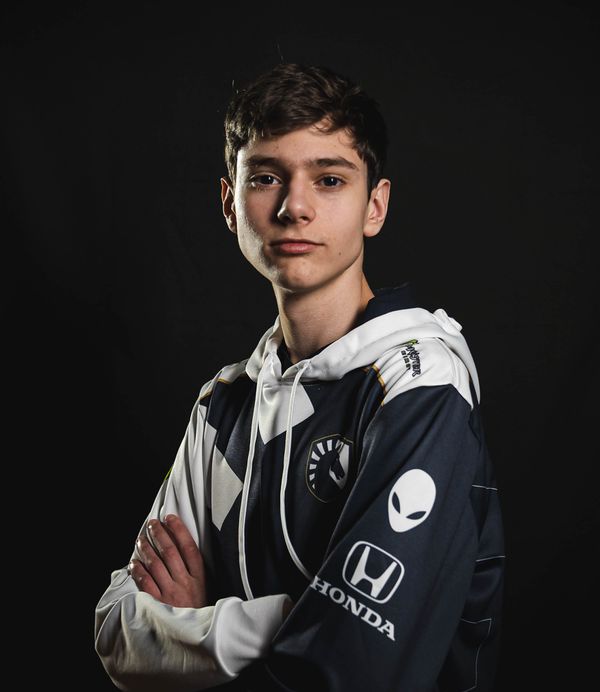 He has played with several races over the years, but has been playing Terran lately.

Clem started playing StarCraft II at the age of 10.

He also tried multiple times to qualify for the online tournament Underdogs. He never managed to win in the qualifiers, but in Season 20, he took a spot available after FireCake's ban by O'Gaming. In the first round, he lost 1-2 to Denver, and was defeated by MiNiMaTh in the consolation match.

In February 2016, at the age of 13, Clem qualified for Underdogs Season 22, notably defeating MiNiMaTh and ShaDoWn. However, in the main tournament, he was eliminated in the first round, once again after losing 1-2 to Denver.

A few weeks later, he qualified to the following season of Underdogs. There, he defeated FunK 3-1, lost 2-3 to DnS, and finally won 3-1 against Uzikoti to take third place in the tournament. As a result, he qualified to Topdogs Season 2, where he is set to play against Lilbow.

In April 2016, he entered the European qualifiers for DreamHack Open: Tours, which doubled as the 2016 WCS Spring Circuit Championship. He managed to finish in a qualifying spot in the losers bracket, notably defeating former WCS Premier players Tefel, Miniraser and Happy. However, he was only 14, and WCS rules did not allow players under 16 to participate, and as a result, Clem lost his spot.

February 21st 2020, he was recruited by Team Liquid.[2] Once he joined Team Liquid, he managed to reach several finals in minor tournaments, defeating the top players and acquiring a strong reputation. His TvZ is considered as one of the best in the world.

In the second edition of the StayAtHomestory Cup, Clem managed to defeat several notable players. He acquired the first place in both group stages, defeating SKillous 2-1, soO 2-1, Cure 3-2 and finally Stats 3-1. In the final bracket, he was able to beat Zest 3-1. He then lost to Solar 1-3 making a rematch against Stats in the loser's bracket. After an exciting match, he managed to beat Stats once again, 3-2 and finally lost against INnoVation 1-3. With this Clem acquired the fourth place in the StayAtHomestory Cup #2.

During summer, Clem confirmed his last performance in the DH SC2 Masters 2020 Summer: Europe, achieving the third place, behind Serral and the champion of the edition, Reynor. He came out of the group stage with a convincing score of 7-0 with only one map lost against ShoWTimE. Clem went to the Winner's Semifinals beating MaNa, uThermal and losing to Serral 2-3. His run ended when he faced Reynor in the Loser's Finals with 1-3. Finishing third, he gained a spot for the Season Finals where he didn't make it out of the group stage.

In the DH SC2 Masters 2020 Fall: Europe, Clem improved his last results achieving this time the second place of the tournament. Finishing first in group stage with a map score of 12-2, only losing against Gerald, he went to the winner's final by defeating ShoWTimE, PtitDrogo and Reynor 3-2. Reynor came back from the lower bracket to defeat Clem in a clutch serie where Clem had two match point 3-4. This was his best result in a Premier tournament since he started to play.

In 2020, Clem managed to climb the podium place by place. He went from the third place, to the second place and finally take the first place of a Premier Tournament. Clem joined the list of Premier Tournament champions during the DH SC2 Masters 2020 Winter: Europe. After being first in a slightly more tight group stage, confronting among others ShoWTimE, Elazer and GunGFuBanDa with a final map score of 14-4, Clem went to the winner's bracket in the first spot among Lambo, Serral and Reynor. His first playoff match was against his friend, Denver. They had a tight series with a final score of 3-2 in favor of Clem. His next opponent was Serral in another close series, which ended with Serral taking the 3-2 victory. With that Clem went to the loser's bracket round 4, and started his rise against ShoWTimE 3-0 and then HeRoMaRinE 3-1 before meeting Serral in a rematch, which this time did go in Clem's favor with 3-1. The final was a new classic in Clem versus Reynor, with Reynor coming from the winner's bracket and an advantage of 1 map. Reynor took the first map and in response, Clem took the four others. With a final result of 4-2, Clem became champion in a Premier tournament for the first time in his career.

Continuing on his way, he cleared off Maru and Armani onto his DH SC2 Masters 2020 Winter: Season Finals group stage, both winning 2-0 and advancing into the final bracket. Facing Reynor in the Ro8 this time, Clem won 3-1, but didn't succeed to qualify for finals as losing against Stats in a 2-3 score. With this result, he secured his spot in the Ro24 of the ESL Pro Tour 2020/21 final event.

Next stop was at DH SC2 Masters 2020 Last Chance. TY, Ragnarok and Zest were some huge opponents and many said Clem won't make it to the Ro8 bracket. Clem raised his play style and after dealing with Zest and Ragnarok by winning 2-1 in both close series, he managed to make it out of his first all-Korean group of his career. Matched against Bunny in the first round of playoffs, he dropped the first map then took the three next to win the series and secured another Top 4 result in a Premier tournament. He finally lost against the future winner of DH SC2 Masters 2020 Last Chance, Trap, in a 1-3 semifinal score.

With all the French "Baguette" people behind him, and right before IEM Katowice 2021, Funka, Koka and all the O'Gaming casters decided to support him with a parody music video called "Desplancito" in honor of Clem's real name.