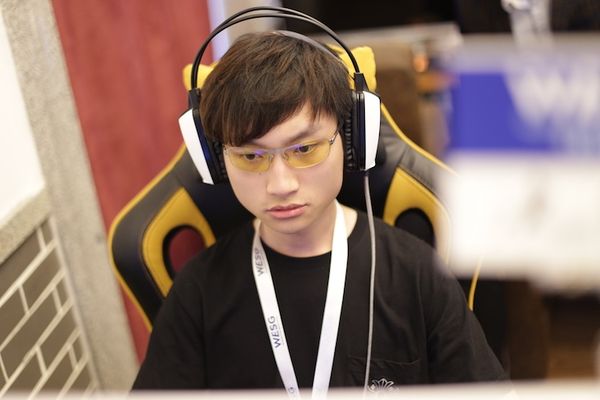 Gao "Cloudy" Yuan is a retired Chinese Protoss player. He remained as a manager in Triumphant Song Gaming after the team's SC2 division was closed.

Originally joining Invictus Gaming as an academic member in December, 2013, Cloudy was later promoted to the first team in June, 2014.

He participated in MSI Beat IT 2014 as a substitute for Jim, but lost all 4 games in the group stage and got knocked out from the tournament.

In the playoff stage of NEO Star League 2016, Cloudy had a impressive victory 2-0 over iAsonu when X-Team was on the verge of defeat, forcing the ace match.

Cloudy participated in 2017 WCS Valencia. He was the only Chinese mainland player in this tournament, and had to play from the first group stage (because the qualified Chinese players couldn't come due to visa issues, and their spots were given to American players.) He beat Ziggy, Denver, Strange, Lambo, JonSnow to advance to playoffs, and finally lost 1-3 to Serral in the round of 16.

After the final of CTC season 1 in 2019, he retired and became the manager of Triumphant Song Gaming's SC2 division.