Command Center (Legacy of the Void)

This article covers the current multiplayer version of this building. For another version see Command Center (Wings of Liberty and Heart of the Swarm). 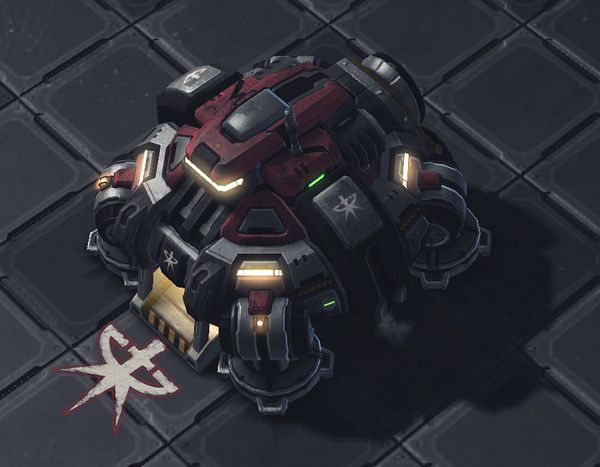 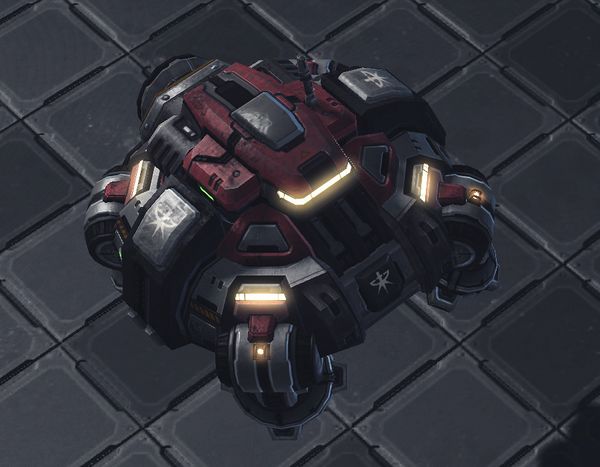 The Command Center is the town center of a Terran base. It is the building where SCVs are created and where they bring their collected Minerals and Vespene Gas. The Command Center also has the ability to lift off of its current position, to relocate to a new location. Finally, the Command Center can load up to 5 SCVs (Can be upgraded to 10) to either protect or take them with it to a new expansion.

When a Barrack has been built, the Command Center can be upgraded to an Orbital Command, which grants the Terran player the ability to Calldown: MULE (Faster Mineral Income), Calldown: Extra Supplies (Doubles Supply Depot food), and use Scanner Sweep (Reveal any part of the map). Once it has transformed into an Orbital Command, it can no longer load SCVs.

When bases become harder to defend, an Engineering Bay can be built so the Command Center can upgrade to a Planetary Fortress, which has two large Ibiks Cannons on that deal massive Splash damage (Range 6, +1 Upgraded, Cannot hit Air targets) but fire slowly. Once it has transformed into a Planetary Fortress, it can no longer lift off.