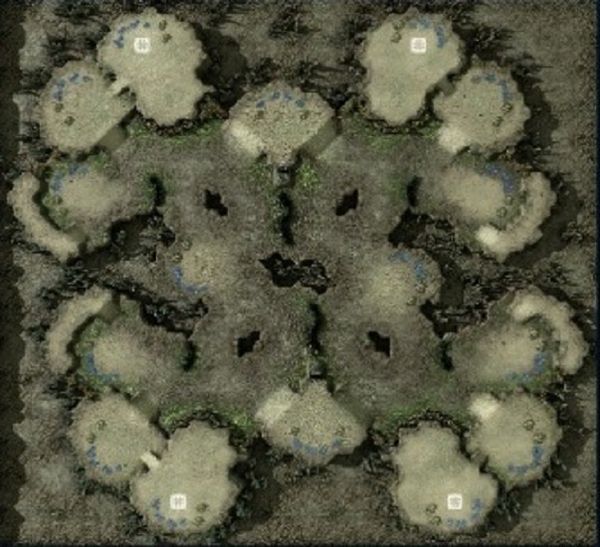 Condemned Ridge is a four-player symmetric map that was debuted in the Season 8 (June 2012) 1v1 map pool.[1] The original iteration had rocks at every third base, but these were removed following community feedback.[2]

Your expansion progression on this map is pretty straightforward, but when taking the expansion outside your natural, make note of and defend the nearby high-ground area.