Corruptor (Legacy of the Void)

This article covers the current multiplayer version of this unit. For another version see Corruptor (Wings of Liberty and Heart of the Swarm). 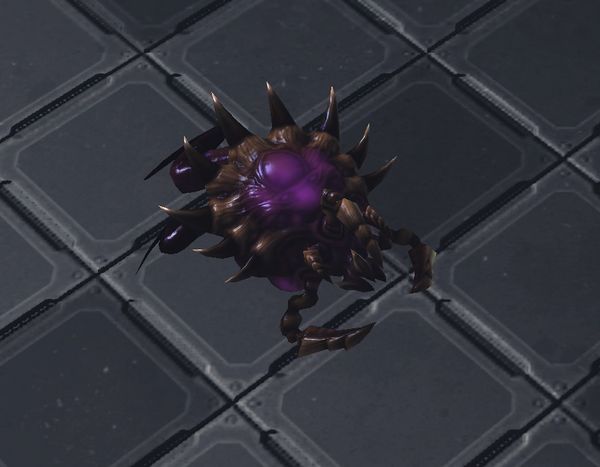 The Corruptor is a flying Zerg unit that has strong anti-air capabilities with decent speed. They are also distinguished from Mutalisk by their greater range and huge health pool, as well as their inability to attack ground. They are effective in any case where they can force engagements: against capital ships, for example; inversely, when they cannot, and especially when they are outranged, as by Phoenixes, they tend to be a weak air unit for that situation.

The Corruptor also possesses the ability to use Caustic Spray on any enemy buildings, which deals heavy damage over time while the ability is channeled.

Corruptors are what morph into the powerful Brood Lords. This can only be done once the Zerg player has upgraded the Spire into a Greater Spire.

Caustic Spray deals 30 damage before its damage per second increases.

Morph to Brood Lord takes 24 seconds in Legacy of the Void.

Corruptors aren't seen often in Zerg vs Zerg, as most matches tend to revolve around early-mid game ground units (Roaches, Hydralisks, Zerglings etc.). Their targets in such cases where they are used are Mutalisk and Brood Lords, but Corruptors are used to attempt to defensively counter and are not units that can win games on their own. Mutalisks have much greater agility as well, so Corruptors cannot be relied upon to force engagements and Mutalisks of one's own or Spore Crawlers tend to be more effective for shutting down harassment at all expansions. In the late game however, when Brood Lord tech is available through the Greater Spire, Corruptors are the first choice to counter enemy Brood Lords, provide air dominance and also have the potential to transform into Brood Lords themselves.