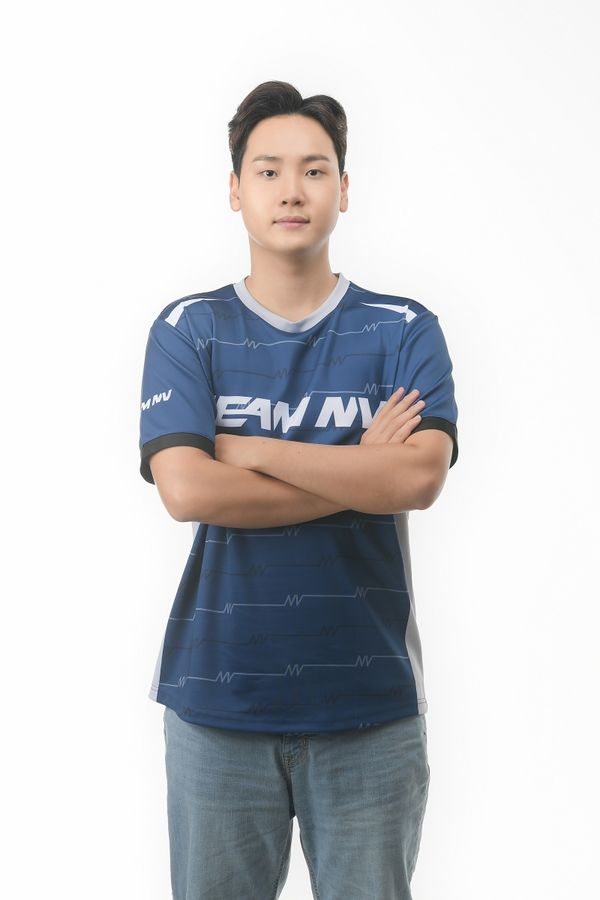 In April 2011, Creator made his first appearance in Code A during GSL May, while being only 14 years old at the time. After defeating Leenock in a close 2-1 series, he proceeded to lose to Ryung 1-2 in the round of 16. One month later, his Code A status earned him a spot in the 2011 GSL Super Tournament, and he was matched against Mvp in the round of 64. Albeit showing strong, solid play, he was unable to overcome the Incredible Miracle Terran, and was eliminated from the Super Tournament after losing 1-2.

In June, Creator would make another Code A appearance during GSL May, this time falling to Luvsic in the first round and, thus, being eliminated from Code A. After failing to qualify for GSL August, where he lost in the final round to TheBest, Creator suffered another close call during the preliminaries for GSL October, this time beaten by Oz in the semifinals of his group.

In early September, Creator participated in the ESV TV Korean Weekly Season 1 Weekly 9. After taking down IsSuE, WP, Terius, and Crane, Creator went on to face BBoongBBoong in the semi-finals. He was not able to advance any further after he lost to BBoongBBoong by a score of 0-3, falling to the 3rd place match. He was able to defeat Squirtle by a score of W-0, taking third place.

On September 22, Creator defeated notable opponents Leenock and July to help Prime secure a 5-2 victory against StarTale in the GSTL Season 1 Playoffs. A week later, he would once again make a clutch appearance in the GSTL, beating Clide, Heart, Revival and aLive to carry his team back from a 1-4 deficit to a 5-4 victory against TSL. In the finals, Creator was defeated by Noblesse, and MVP ended up winning the tournament through a 5-3 win against Prime.

In late October, Creator took another shot at the Code A preliminaries during GSL November, this time securing his spot by besting Golden in group finals. Once in Code A, however, he was defeated and eliminated in the round of 48 at the hands of veteran player Clide.

On November 30, Creator took part in the KSL Daily Week 1 Day 3, starting off from the quarterfinals. Creator took down True and Vampire in order to advance to the finals, where he beat AcE by a score of 2-0 and grabbed first place. On December 22, another first place was achieved by Creator in the KSL Daily Week 4 Day 4, this time taking down SuperNova, Dream and Life.

In early 2012, during 2012 GSL Season 1 Code A preliminaries, Creator managed to regain Code A status by defeating BanBans in the finals. He went on to beat Polt 2-1 in the round of 48, but lost to NaDa 1-2 in the following round. His performance guaranteed a spot in Code A for 2012 Global StarCraft II League Season 2, which would be his breakthrough season in the GSL. By securing convincing victories against Skit, Puzzle and Maru, Creator finally qualified for Code S, while being only 15 years old.

On June 12, Creator made his Code S debut during 2012 Global StarCraft II League Season 3, being placed in Group B and facing NesTea, NaNiwa and TheStC in the round of 32. After beating NaNiwa 2-1 and claiming the first game against NesTea in the Winner's Match, Creator ended up losing 4 straight games, dropping the set 1-2 to NesTea and being demoted to Code A after a 0-2 defeat to NaNiwa. Once in Code A, Creator took down jjakji 2-1 in the round of 32, but lost 0-2 to Curious in the following week, thus failing to qualify for Code S.

In late July, Creator participated in the 2012 South Korea WCS Preliminaries. Creator received a BYE in round one and then proceeded to take down Olive, YoDa, Salmosa, facing Pet in the finals. A convincing 2-0 victory against Pet clinched him a spot in the World Championship Series: South Korea Nationals.

During the Korean Nationals, held on August 6–25, Creator put on an amazing run in the upper bracket, defeating DongRaeGu, HerO and Puzzle in convincing fashion, but ultimately losing 0-2 to Squirtle in the round of 4 and being sent to the loser's bracket. Nonetheless, wins against Rain, RorO and PartinG placed him in the Grand Final, where he managed to win two straight Bo3 against Squirtle for the title. Creator also earned a direct seed to the 2012 Battle.net World Championship in Shanghai and a seed to the Asian Championship.

On September 8, after over 2 months of competition, Creator faced Life in the Grand Finals of the TeamLiquid StarLeague 4, taking the series and the title 4-2 with a combination of safe macro builds and well-crafted timing attacks, as well as creative use of stargate play.

In late September, Creator participates in 2012 Global StarCraft II League Season 4, and yet again faces the challenge of reclaiming Code S status. Two straight 2-0 victories against Noblesse and ByuN place him at the round of 24 of Code A, where he makes short work of aLive to ensure another Code S appearance. This achievement, alongside his strong showings during the Battle.net Championship and TSL 4, consolidate Creator as one of the strongest and most solid Protoss players at the time.

On October 13 and 14, Creator played in the Asian Championship. He was sent to the loser's bracket after a 0-2 defeat at the hands of Seed, and ended up eliminated by Curious in a close 2-1 series, claiming 7th place at the Championship.

On November 5, during 2012 Global StarCraft II League Season 5, Creator faced in the round of 32 what was widely acclaimed to be the group of death of the season, composed of no others than DongRaeGu, Mvp and Bbyong. Creator dropped the first set 0-2 to DongRaeGu, but clinched his first round of 16 appearance by convincingly beating both Mvp and Bbyong 2-0. Creator would then proceed to claim first place of his round of 16 group, this time defeating DongRaeGu and Curious in 2-1 sets.

On November 17 and 18, Creator participated in the 2012 Battle.net World Championship, besting Scarlett, Nerchio, VortiX and Rain to secure a place in the finals. He eventually lost 4-2 to PartinG, taking second place at the Championship and claiming a cool USD $40,000 in prize money.

On November 20, mere two days after his Battle.net Championship appearance, Creator played his Code S round of 8 match against HyuN. The lack of preparation showed, which, coupled with his opponent's impressive performance, led to a 1-3 defeat against HyuN. Due to his round of 8 run, Creator was automatically qualified for Code S for GSL's next season.

In late January 2013, Creator played his Code S round of 32 matches of the 2013 Global StarCraft II League Season 1. Facing Life, Symbol and ByuL, it looked as a promising start for the Prime Protoss, having had a two month break from his last official match to train and prepare for only one matchup. After decidedly dispatching ByuL 2-0, Life proved too strong for him, beating Creator with back-to-back unorthodox two base play. In the final match, Creator took a 1-0 lead after catching Symbol off-guard with his Dark Templar play, but went on to lose two consecutive games and was demoted to Code A.

On February 13, Creator was matched against YongHwa in the round of 32 of Code A. YongHwa quickly took game one with a hidden pylon 4-gate, and, despite dropping the second game, clinched the series 2-1 with a solid hold against Creator's blink stalker all-in. Creator's performance has guaranteed him a spot in the Up & Down Matches of GSL's next season.

Now playing in the new expansion Heart of the Swarm, Creator played in MLG Winter. Facing off against Polt he played decently but lost only taking a single game, the final score was 1-3. This would be the only foreign tournament Creator attended from 2013 to 2014.

2013 marked the beginning of the WCS system, Creators previous run in GSL would be brought over into WCS and he would be seeded into the Ro32. In Code S he was placed in a group with RorO, Bomber and Crazy with his first match against Bomber. In that Bo3 series Creator lost 1-2 and eventually faced Crazy. Playing well, he 2-0'd the Zerg and would play the winner of Bomber/RorO. Having to face Bomber again he fought valiantly but lost with the same score of 1-2.

Now in WCS Korea S2, this time ran by OGN, Creator would have to fight out of Challenger league to be seeded back into Premier league. In the 4th bracket of Challenger, Creator failed to qualify, his opponent Reality knocking him out with his 2 games to Creator's 1. Creator will have to qualify next season.

In the third season of GSL Korea Creator was once again seeded into the Ro48 of Challenger League. This time around he made it further advancing into the Ro32 over Shine with a score of 2-1. He then faced herO but fell short without taking a single game.

On November 17, 2015 Jin Air Green Wings announced that they signed Creator for their 2016 Starcraft team.[2]