Creep Tumor (Legacy of the Void)

This article covers the current multiplayer version of this structure. For another version see Creep Tumor (Wings of Liberty and Heart of the Swarm). 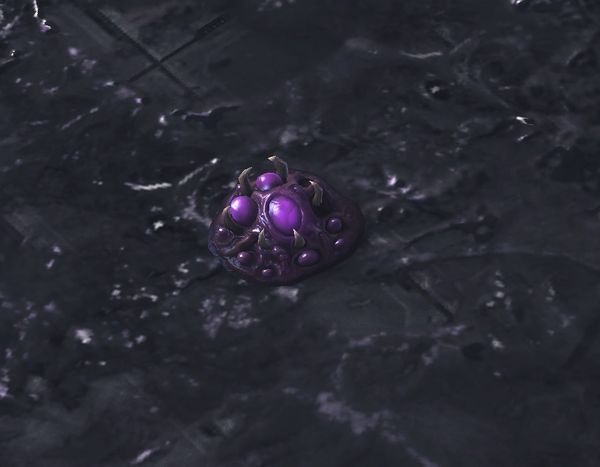 The Creep Tumor is a dedicated creep-generating building initially spawned by Queens. After a brief initialisation phase after placement, the structure automatically burrows and begins generating creep. The Creep Tumor must be placed on existing creep, and will generate new creep in a 10 square radius around itself. Upon burrowing, each Creep Tumor has the ability to create one additional tumor in a 10 square radius anywhere on the creep in sight and then lose the ability permanently. Creep generation increases with every building emplacing creep.

Creep Tumors do not count as structures for the purpose of losing a game (by losing all structures), but they do count for Stalemate Detection[1].

After using this ability, the physical appearance of the original Creep Tumor will change; appearing darker overall. 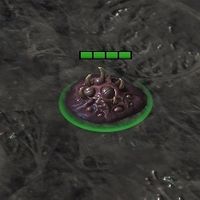 Because creep greatly increases the movement speed of many Zerg units, Creep Tumors are primarily used to create Creep 'highways' between expansions for faster reinforcements. Creep Tumors may also be extended out into the center of the map in the mid and late game to allow Zerg units to move across the map more quickly and engage enemies with greater speed. They also provide a large radius of sight, greatly enchancing the speed upon which raids can be reacted to upon the area they cover.

As long as one tumor that has not used its ability remains on the map, Zerg can continue creating new Creep Tumors and spreading creep indefinitely. It is advisable to avoid losing these 'active' tumors to enemy attack, as doing so can significantly slow Zerg's ability to spread creep and require that 25 additional Queen energy be spent to generate a new tumor.

Creep Tumors can also be used in conjunction with the Overlord's Generate Creep ability or a Nydus Worm to create areas of creep not connected to a Zerg base. Using a Queen to place the tumor on the initial creep generated by these units will keep the creep from disappearing, even if the Nydus Worm is killed or the Overlord ceases dropping creep. Possible uses for this non-contiguous creep may be establishing a defensive position or for certain offensive strategies such as a Spine Crawler attack.

Instead of using an Overlord (requires Lair) to Generate Creep, morphing a Drone into a Hatchery then canceling the Hatchery and immediately placing a Creep Tumor on the creep left by the cancelled Hatchery will work. This technique is usually for offensive Spine Crawler pushes.

All Creep Tumors are permanently burrowed once complete, meaning that opponents cannot see or target them unless the Creep Tumor is within the sight range of a Detector unit. It is advisable for Terran and Protoss players attacking a Zerg player to include a Detector unit in their army or use scans to destroy Creep Tumors; thereby removing both creep and the vision the Tumors provide from the map.