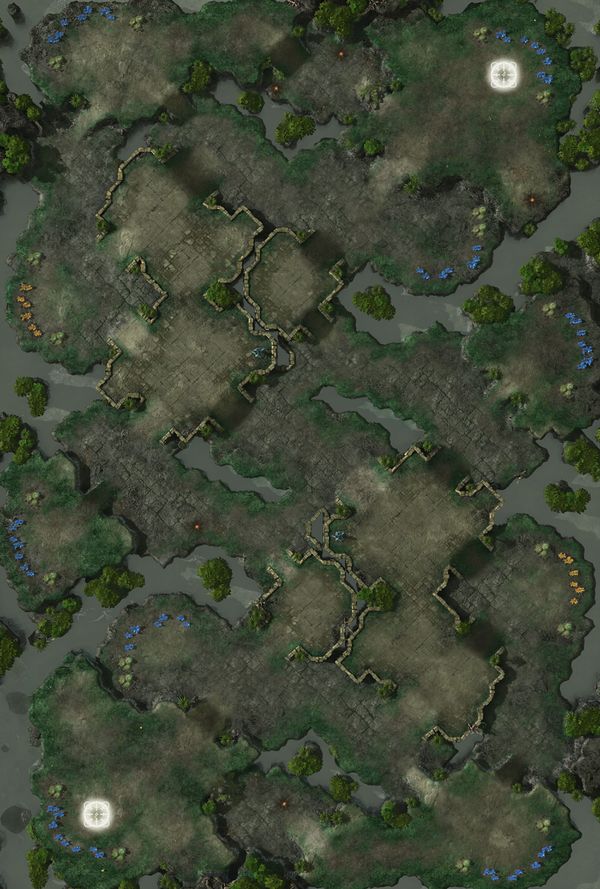 Crossfire is a two-player map released by Blizzard who borrowed the layout from the Brood War map Sin Peaks of Baekdu.

The map was not used in competition until the modification Crossfire SE by JackyPrime appeared in the GSL Team League. The balance changes had previously been tested in Gisado's Star Challenge.[1] This second edition of the map has been used in many tournaments including the TSL.

There are many paths that lead to the enemy in this large map. A mobile army is crucial to securing additional expansions. The Xel'Naga Towers provide vision over many key locations.