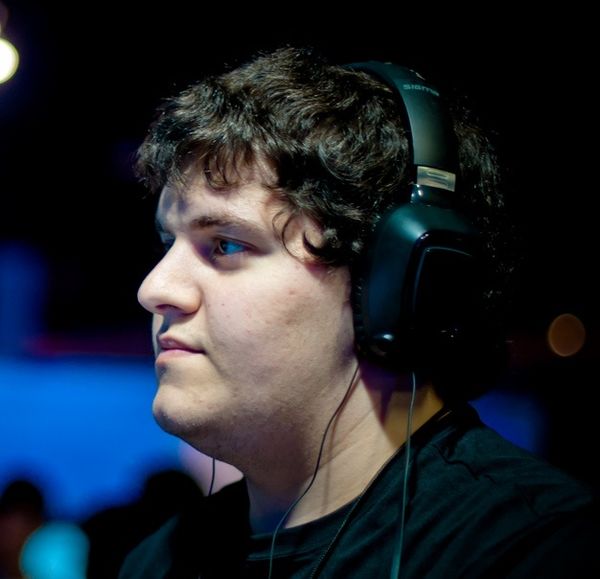 CrunCher was born in Oregon to a Polish mother and a Kuwaiti father. His name is of Arabic origins. He was a relatively successful Warcraft III player who managed to place in several Blizzard Regionals and WCG USA Regionals. After qualifying for Blizzcon 2010, CrunCher just "gave up on WC3" and ended tower rushing both his opponents.[1] He was also known to play a little StarCraft I, World of Warcraft, and Diablo 2. He currently resides in Tennessee.

On October 3, 2011, compLexity Gaming announced that CrunCher "decided to go inactive from professional StarCraft II in order to focus on college. He will remain under contract until January 2012 at which time he will be released."[2]

On April 2, 2012, incredible Panic announced CrunCher joined the team which he would represent in NASL Season 3 as well as the incredible Panic Team League Season 4.[3] This marked CrunCher's return from six months of inactivity.[4]

CrunCher played during the beta but did not achieve any real sort of success since he was still very much focusing on Warcraft III at the time. During beta, he played Random but found Terran to be "boring" and Zerg to be "weird", and so he ultimately chose Protoss as his main race because he loved using Cannons, Warp Gates, and Motherships.

CrunCher fully transitioned into StarCraft II a few months into the release of Wings of Liberty. During Wings of Liberty, he was originally drafted by ONE Gaming and competed in several clan wars. Other than being placed in the Blizzard NA Server Top 200, he hadn't really accomplished much until his underdog performance in the TeamLiquid Open #10. Upon his route to winning this tournament, he defeated several notable players such as Beastyqt, Ciara, KiWiKaKi, and eventually Fenix in the final. By beating him, CrunCher countered the talk of him being an entirely cheese-oriented player and secured a spot in the 2011 Pokerstrategy.com TSL3.

On January 27, CrunCher left ONE Gaming and joined compLexity Gaming.[5] ONE Gaming's official statement was, "Both CrunCher and ONE have different attitudes and out looks on things, and both of us felt that it would be best to part ways." [6]

In the TSL3 CrunCher would pulled a 2-1 upset over one of the tournament's major foreign favorites IdrA. The manner ":)" smiley face he typed out to IdrA at the conclusion of the third and final game has given him notoriety in the community. Cruncher also took out Mondragon in the round of 16 before losing 3-2 to NaNiwa in the quarterfinals. Although he has yet to secure any major victories, he has been a consistent performer during the 2011 MLG Pro Circuit where he managed to break into the top 20 during Columbus and Anaheim from the open bracket.

CrunCher has a fairly standard style of play and been known to execute the 4 Warpgate Rush with a good degree of effectiveness due to his stellar micro. He utilizes a fair amount of Immortals in his army composition and has also been known to favor the Mothership, a unit he refers to as "the best unit", in the late game.[1]

CrunCher's rivalry with IdrA started when CrunCher began to cheese him on the ladder.[7] Their meeting in the Round of 32 in the TSL3 was a heated one, with CrunCher defeating IdrA 2-1. IdrA quit both games he lost without a gg, and the ":)" face CrunCher typed out before IdrA left the third game brought CrunCher notoriety. They met again in ESEA and on July 30, 2011 in MLG Anaheim 2011, with CrunCher losing both matches, 2-1 and 2-0 respectively.

According to CrunCher, IdrA developed an animosity toward him because he would always cheese IdrA on the ladder [9]. Thus, their meeting in the TSL3 Round of 32 was an intense one. CrunCher took IdrA out 2-1, with IdrA infamously quitting both games without a gg. At the end of the final game, as CrunCher's units barreled into IdrA's base, CrunCher typed out a ":)" which has since been associated with him and given him notoriety. Since TSL3, the players have had several bad-blooded ladder matches. They met again in the ESEA Team League, where IdrA took victory 2-1 over CrunCher, typing "you can leave now" when about to win.[10]

At MLG Anaheim the two met in Pool B after CrunCher qualified through the Open Bracket. IdrA won the series comfortably with a 2-0 victory. Although both players refrained from trash talking, IdrA refused to shake CrunCher's hand before and after the games.[11][12][13]

Cruncher would announce his inactivity from compLexity's roster on October 3rd 2011.[14] The news created much amusement for fans of IdrA and detractors of CrunCher, as IdrA had stated that an "abusive player" such as Cruncher would fall off the scene in short time.[Citation needed] This divided reaction by the community would incite quite a level of controversy due to the amount of vitriol directed at the Complexity player.