Cybernetics Core (Legacy of the Void) 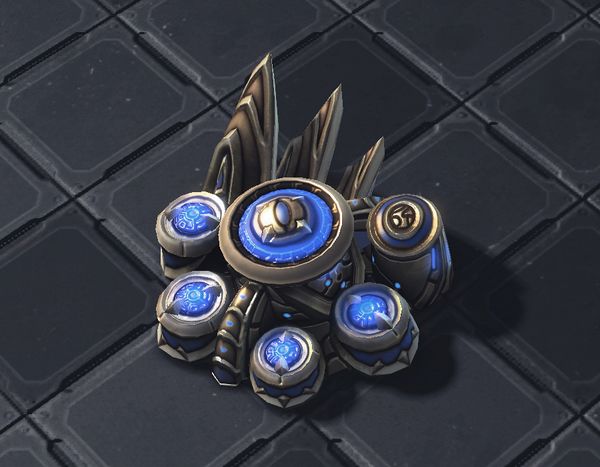 Like most Protoss structures, the Cybernetics Core can only be warped in at a location powered by the Psionic Matrix. It can only research upgrades while it remains within the Matrix, otherwise it becomes unpowered and cannot function. However, even an unpowered Cybernetics Core still allows the construction of Sentries, Stalkers, Adepts and Shield Batteries.

These upgrades affect the following units: Interceptor, Mothership, Phoenix, Tempest, Void Ray. Levels 2 and 3 require a Fleet Beacon before they can be researched.

The Cybernetics Core forms an early bottleneck in the Protoss tech tree. It is a prerequisite for all non Zealot combat units in the Protoss army, as well as enables the invaluable Warp Gate research. As such it is usually constructed immediately once the first Gateway is finished.

The only cases when one may not want to construct a Cybernetics Core as soon as possible are when going for (or responding to) an early aggression build with Photon Cannons and/or Zealots, or when opening with an early Nexus.