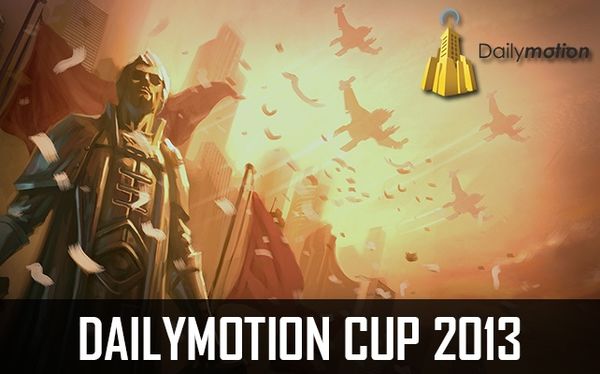 The 2013 Dailymotion Cup is a 16 players tournament organized by Millenium and sponsored by Dailymotion. 12 players are directly invited for the event while 4 players will get their spot through qualifiers.

$7,500 are spread among the players as seen below:

Life was in a hotel in Germany before the ASUS ROG NorthCon 2013 and couldn't find a place to play. He was replaced by INnoVation who finished third in Life's group.