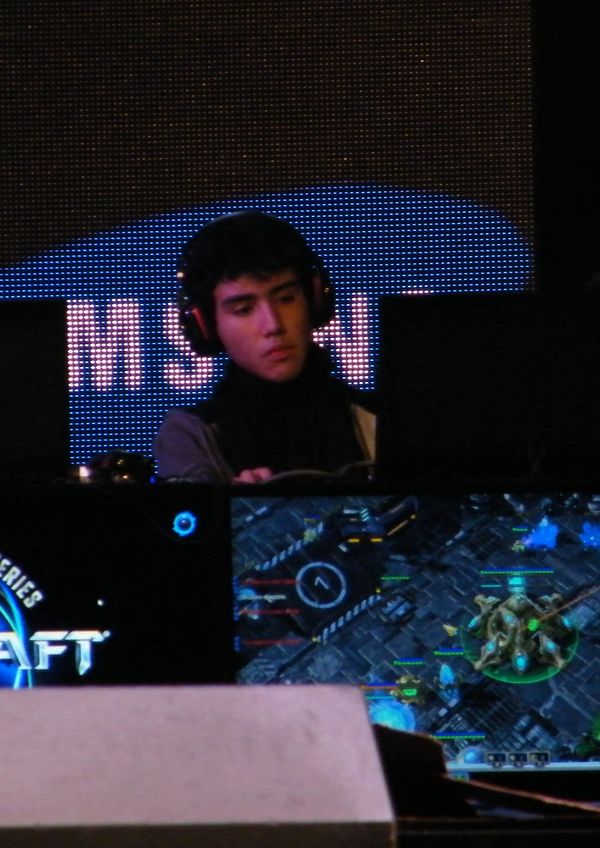 Diego "Darkness" Garcés, is a Chilean Protoss player who is currently playing for Alpha X Latam.

He started playing StarCraft: Brood War on 2008, when he was just 12 years old. He played on the iCCup server from December 2008 to August 2010. Then on October 2010, he switched to StarCraft 2: Wings Of Liberty. He is currently a GrandMaster level player, considered one of the best Protoss players in South America and one of the best StarCraft 2 players from Chile.

On June 2012, he was promoted to the GrandMaster league for the first time.

In June, Darkness managed to secure a spot in the World Championship Series 2012 Chile winning the WCS Chile - SC2LA Qualifier #7. Then on July 1, 2012, Darkness went to the World Championship Series 2012 Chile and placed in 2nd place after overcoming in the winner brackets Soldier, but being defeated by CruZa 1 - 2. Then on the loser bracket he took down BeAlone by 2 - 0, Kieds 2 - 1, CruZa 2 - 0, but falling in the finals vs KiLLeR 2 - 0.

After playing the Pre-qualifitacion Round to WCG Pan-American Championship on Liga Samsung Aperture 2012 he got the 2nd place, after losing vs KiLLeR on the final playoff match by 0 - 2, he secured a spot to the finals.

Then on August 25, 2012 on the WCG Pan-American Championship, playing in the Group B, he defeated ReasoN - Zeus, but loss vs Fenix. Then he got a spot on the Playoffs, obtaining the 4th place on the general, being defeatead by KiLLeR 1 - 2, and then by CatZ 1 - 2.

After 2 years of event, Samsung stop the funding to do Liga Samsung.[1]

On March 23, 2013, Darkness participated on the 2013 Samsung Summer League, and secured a second place after being defeated in the finals by his teammate Kieds by 2 - 3.

He secured second place, defeated only by KiLLeR (0 - 2) in the finals.[Citation needed]