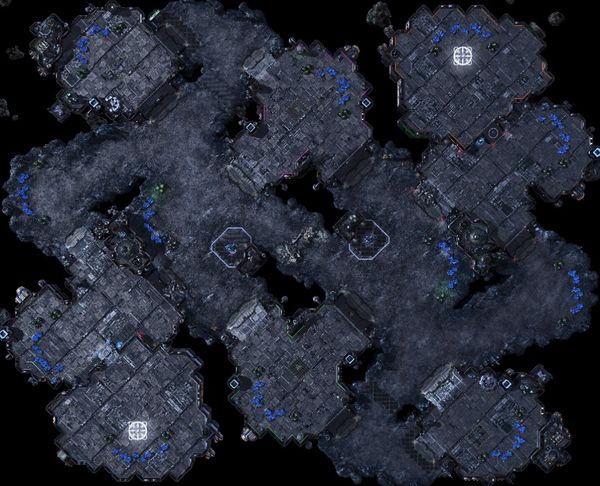 Daybreak is a two-player map created by WinparkPrime which replaced Xel'Naga Caverns in the 2011 August GSL. The ladder edition is part of the 1v1 map pool since 10th of April 2012 (start of season 7).

GSL map poll winner. This is the ladder edition of the GSL tournament map.