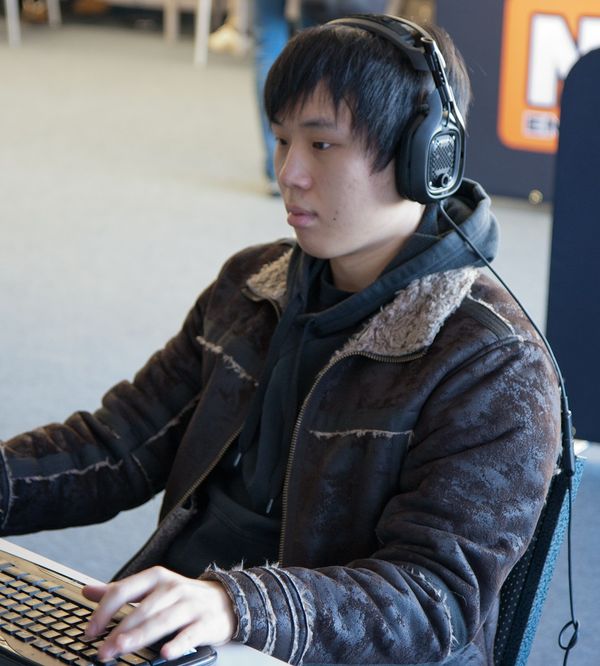 A relatively unknown player, dde has placed well in quite a few of the smaller tournaments on the NA server. His first notable appearance in a large tournament was in the TeamSpeak TL Open 5 in which he reached the Ro8. dde played Brood War previous to playing StarCraft II and was on the Canadian national team. He said that his Brood War background benefited him as it took him only about a month to get to 8th position in the top 200 ranked players.[1]

dde did not participate in any matches or tournaments of note during the beta.

dde made a name for himself by consistently placing well in many smaller tournaments along with performing well in a few larger tournaments. These include placing highly in multiple ESL US Go4SC2 Cups, VT Gaming Open Series', and making it to the Ro8 in both the TeamSpeak TL Open 5 & 14 among others.

In March 2011, It was announced that dde was one of 50 invites for the North American Star League.

His first major win was the SoundBlaster Tactic3D Tournament where he beat IdrA in the finals.

As of September 15, 2011 dde became team-less after Sixjax Gaming dissolved. He had been affiliated with Sixjax for 10 months.[2]

On September 22, 2011 it was announced that dde had joined It's Gosu eSports along with former team mate,ViBE.[3]

On November 30, 2011 dde qualified for the IEM Season VI - Global Challenge Kiev.[4] However he canceled his participation and was replaced by qxc.

On February 25, 2012 dde participated in the first ever MLG Arena after qualifying in the NA Winter Arena qualifiers. He lost 1-2 to Leenock in Winners Round 1 and then lost 1-2 to Sheth in Losers Round 1.

On March 23, 2012 dde attended the 2012 MLG Winter Championship and was seeded into Winners round 5 because of his performance at the MLG Winter Arena. He stated in an interview with ESFI world that his goal was to reach the Championship bracket and go as far as possible.

On February 1, 2013, dde was acquired by Quantic Gaming after the team reformed when it merged with It's Gosu and 4Not.[5]