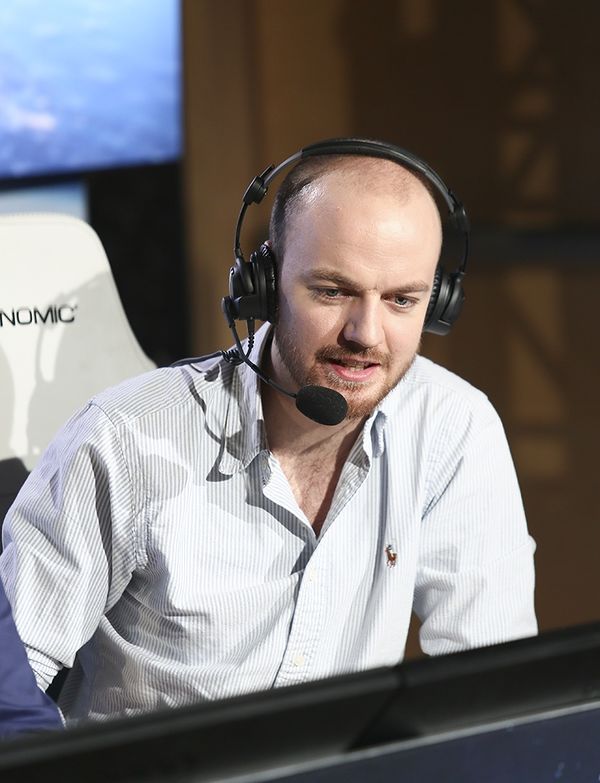 DeMusliM started his career at the age of 15 entering WCG UK for Warcraft III in 2005. He placed first and was invited to the WCG finals in Singapore.[1] During the UK tournament his team at the time, Landed, was approached by another UK based organization and was offered a lucrative deal which involved contracting all of the team's players, including DeMusliM. He claimed to have been betrayed by this team as he was quoted as saying: "this was my first realization of esports teams being a little less than honest".[2] He went on to play for teams such as Serious Gaming, Four Kings, nGize, Alternate Attax. He did not play the game full-time and thus only participated in local and European tournaments including three Warcraft III Zotac Cups: #14, #95 and #99.[3] This changed when he was recruited by MYM. Eager to move on from Warcraft, DeMusliM switched to StarCraft II at the start of the Beta phase, marking the beginning of his StarCraft II career.[4] Shortly before phase 2 of the beta was released, DeMusliM left MYM to join the German clan mTw.

On January 5, 2011, Team EG announced the signing of DeMusliM for an undisclosed sum.[5] It was later revealed that he is going to travel to Korea.[6] This was put on hold with the announcement that DeMusliM would be moving into EG's new team house.[7]

Besides playing, DeMusliM has also tried his hand at casting StarCraft II, including casting the TLO vs MaDFroG showmatch,[8] Dreamhack Stockholm Invitational and more recently the EG Masters Cup VII.

In the StarCraft II beta, DeMusliM was positioned in the Platinum League (Division 4), ranked first with a record of 199-63.[9]

DeMuslim received his beta invite in the first wave and played under the name "GladHeAteHer". Demuslim came second in the third Zotac cup losing 1-3 to DIMAGA. The following week he enacted his revenge against DIMAGA and beat him 3-1 in the finals of the 4th cup. DeMusliM was also King in the GosuCoaching KotH. He gained the title after demolishing SLush 5-1. SLush complimented DeMu's play after the final game calling him "the best Terran I've ever seen".

Towards the end of beta, DeMusliM got invited to mTw, claimed his place atop the UK Scene by winning the First British and Irish Open and won the final ZOTAC Cup of the beta by beating Jimpo in the finals of Cup #16. In July 2010, he qualified for the 17th season of the ESL Pro Series Germany (EPS), which will feature StarCraft II for the first time. In order to compete, DeMusliM has to move to Germany for the time of the league.

DeMusliM moved to Germany to play in the EPS, he was among the 10 invitees to the IEM Season V - Global Challenge Cologne, the first major live StarCraft event in Europe. He participated at Multiplay i41, DeMusliM proceeded to win the tournament playing against SarenS in the final to assert his authority on the UK StarCraft II scene.. 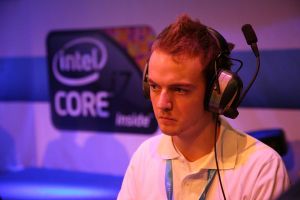 DeMusliM won his first three EPS games and also won Germany's IEM Open qualifier, putting two UK players into the Qualifying rounds alongside Ourk. Along with German player TLO, he was one of the two Europe representatives for Blizzcon 2010 where he would be defeated by Luffy and ultimately, Maka. DeMusliM was one of the 16 invitees to the DreamHack SteelSeries LAN-Tournament in Sweden where he would be unable get out of his group stage which held third place winner Fenix.

DeMusliM ultimately finished 3rd in the ESL Pro Series Germany. After making it through the a qualification round, he went on as one of the 12 finalists for the IEM Season V European Finals after taking out DIMAGA and KroLu in the group stages. DeMusliM would ultimately fall to White-Ra, 2-3, in the semifinals and defeat Tarson to take 3rd place. Although this placement would be enough to qualify DeMusliM for the IEM World Championship stage, he would have to bow out before the competition due to an elbow and hand injury.[10] Socke would end up being his replacement.

In April it was announced that DeMusliM had recovered from his injuries and was to restart training.

In June DeMusliM traveled to the US to participate in MLG Columbus but did not manage to go through the Open Bracket. Later the same month he pulled out of DreamHack Summer 2011 because of issues with the travel plans.[11] The following week DeMusliM participated in HomeStory Cup III. He finished third in Group E after a victory over Tyler and defeats from MC and XlorD, which was not enough to continue to the playoffs. He also participated in the FXOpen Invitational Series 4 online EU qualifiers and eliminated MaNa, SjoW and Kas to reach the main event.[12]

Upon returning to the US DeMusliM once fell short of pool play during MLG Anaheim being knocked into the losers bracket by GanZi. He was then knocked out of the tournament by White-Ra during the first round of the championship bracket. Moving into the Evil Geniuses training house he found rekindled motivation to return to his pre-injury form and the results showed during MLG Raleigh where he managed a top 15 finish, his highest yet at an MLG event.

In October, DeMusliM traveled to Atlantic City with his team Evil Geniuses to compete in IPL 3. He was eliminated by Ret in the round of 32.

From June 30 to July 1, 2012, DeMusliM participated in the World Championship Series 2012 United Kingdom. DeMusliM defeated HighGaiN and BlinG before he fell to the losers bracket after losing to JonnyREcco. In the losers bracket, DeMusliM defeated Lau, Ourk, and grabbed his revenge against JonnyREcco to advance straight into the finals to face Ziktomini. DeMusliM had to settle for 2nd place after he lost to Ziktomini by a score of 1-2.

DeMusLiM finished the regular season of NASL Season 2 with a 6-1 record, his only loss coming from a no-show for his match against HerO. However, he would still qualify for the grand finals, where he was eliminated in the first round by ThorZaIN.

In the NASL Season 4 DeMusLiM qualified through the Round of 16 from his group, going 7-1 in matches, including 1 walkover loss, and 14-5 on sets. Notable players in DeMusLiM's group included Sen, MMA and Stephano. This put him up against Sen in the Ro16, who had come back from the Wildcard round. He trounced Sen 3-0, putting him through to the Grand Finals in California, and the Round of 8. Here he faced viOLet, who was his 'curse', because of DeMusLiM's bad record against him. Nevertheless DeMusLiM fought long and hard, before finally falling a 2-3 to viOLet, thus knocking him out of the tournament.

DeMusliM initially failed to qualify for the Winter Arena. However, a mini bracket was played out to decide who would replace Artist, who could not attend, and DeMusliM won, defeating Illusion 2-1 and then Ostojiy 2-0.[13] At the arena, DeMusliM faced NesTea in the first round and caused the upset of the tournament by winning 2-1. He was then defeated by Oz 2-1 in the 2nd round. He dropped to the loser's bracket and defeated HayprO and Grubby before eventually falling to viOLet. This placed him 9-12th in the tournament, qualifying him for pool play at the 2012 MLG Winter Championship in Columbus.

On May 26, 2012, DeMusliM participated in the IPL 5 North American Regional Qualifiers. DeMusliM received a BYE in round one, and then went on to take down Luckyfool, hendralisk, IdrA, KawaiiRice and then went on to advance in to the finals to face Sleep. He was not able to grab first place and ended up taking second place after losing to Sleep by a score of 0-2.