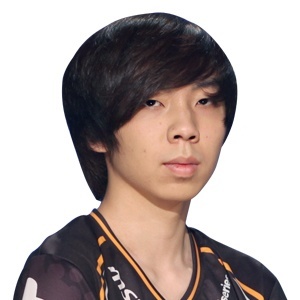 DeParture originally played for ZeNEX and made his debut for them in the Korean Weekly 15. He then joined Fnatic in January 2012 as part of Fnatic South Korean StarCraft II Academy, together with SoN.[1] A year later, in January 2013, he would leave Fnatic when the team closed its Korean gaming house and join Team oGaming.[2] Later that year, in August 2013, he parted ways with oGaming and joined Core Gaming in September of that year.[3] On December 23, 2013, DeParture is included under Prime's Proleague roster.[4]

Starting off his career[edit]

DeParture started off his pro gaming career back in 2011. He was often listed in many tournaments during 2011-2012 and started getting his name out there.

On July 2, 2012, DeParture participated in the 2012 OSL Non-KeSPA Preliminaries. DeParture received a BYE in round one and then took down TheStC, Noblesse, July, and faced Min in the finals. He was not able to advance any further and had to take 2nd place after he lost to Min by a score of 1:2.

He played for team Prime in 2014 Proleague. Unfortunatly he lost all his matches ending the season with a total of seven losses. After the end of the season he joined team MVP alongside his teammates MarineKing and SalvatioN. He was not able to qualify for a single GSL in 2014. In July he qualified for 2014 Taiwan Open but lost his only match at the main event to Ian.

In 2015 Proleague he was able to secure his first win in Proleague. He won against Jin Air Green Wings's Pigbaby. Overall he was fielded 15 times winning five and losing nine matches. He was not able to qualify for any SSL or GSL in 2015. In August he attended Gfinity Summer Masters I after qualifying for this tournament earlier this year. By beating Snute in the semifinal and First in final he secured himself his first major StarCraft 2 title.

By beating MC he qualified for 2016 GSL Season 1 Code A. DeParture defeated Stats in his Code A match and therefore qualified for 2016 GSL Season 1 Code S. It was the first time in his career that he qualified for Code A and Code S. DeParture's Code S group consisted of TY, Trap and Super with him facing TY first. TY, who was considered one of the best players at this time [5], outclassed him one the first map. While DeParture played better on the second map, the series went still in favour of the KT Rolster terran winning 2-0. This meant DeParture would drop down to the losers match, facing Super there. He was not able to beat Super and finished last place in his group. This ended his tournament run at the 25th-32nd place in his first ever season of Code S.

In May 2016 DeParture tried to qualify for 2016 SSL Season 2 Challange, but lost to the rather unknown Terran Sonagi in the first round. Playing in Code S in Season 1 of GSL 2016, he is already qualified for Code A of Season 2. He has to play against Samsung Galaxy's Armani to advance to Code S.