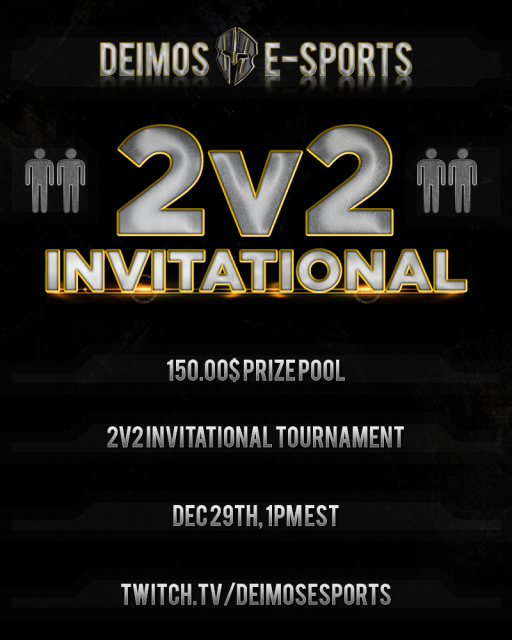 The Deimos Esports $150 2v2 Invitational was a 2v2 team tournament being held on December 29, 2013. It was an invite-only tournament between teams picked from Minor/Major StarCraft II teams.

$150 CAD are divided among participants as follows: