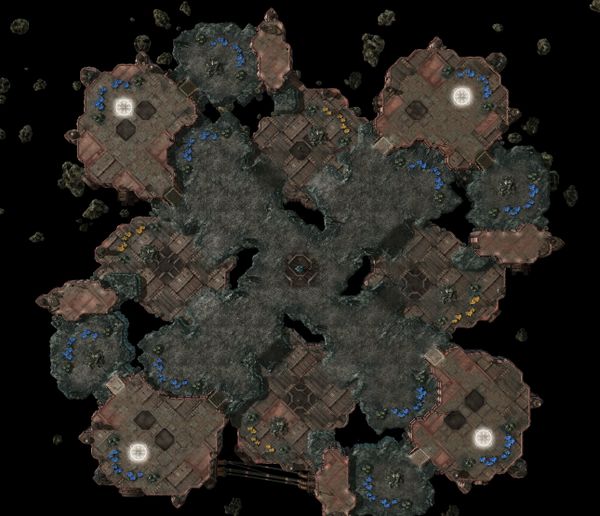 Delta Quadrant is a 4 player map released with the StarCraft II Launch. It is intended for 1v1 or FFA play and was in the Blizzard ladder during seasons 1 and 2.

Two natural expansions are available. One is hidden behind your base, but a rock must be destroyed for optimal resource harvesting. The other expansion is located on the main attack path but available immediately. Choose your first expansion wisely!

Despite the very large number of expansion locations on Delta Quadrant, there are rocks blocking most of them. This, combined with the very short rush distances, makes the map generally unsuitable for macro games.

The show Star Trek: Voyager was about a Starfleet ship lost in the Delta Quadrant.