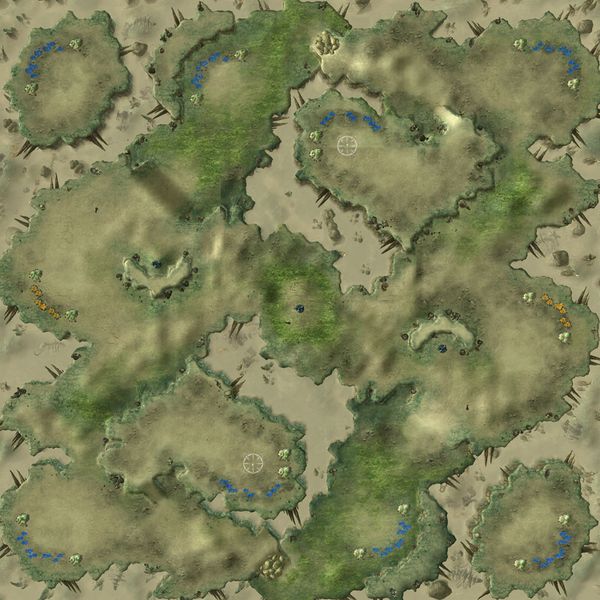 The map has been updated several times, removing cliffs around the main base and adding rocks to the north and south paths to the main for balance reasons. The map was removed from official Ladder play as well as most popular competitions.

Like a few other maps, there is also a novice version of Desert Oasis. The main differences are outlined below: