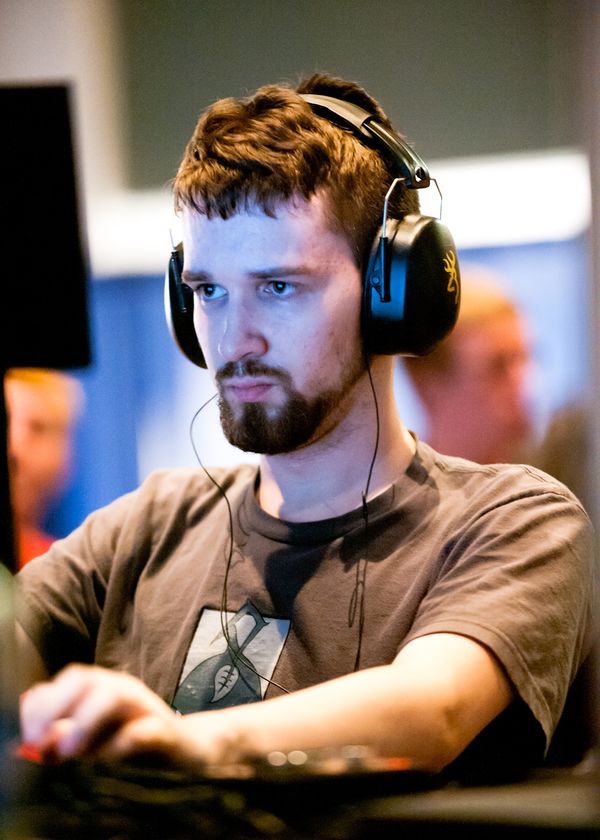 Having played since the beta, Destiny is well known throughout the StarCraft II community due to the popularity of his stream. Controversy has followed him throughout his streaming career, and he has notably been released from both Quantic Gaming and ROOT Gaming following pressure from sponsors.

His first notable tournament success was winning the $100 prize for last man standing in the FXOpen KOTH NA #2, taking out Sixjax's ViBE in a ZvZ.

On June 12, 2011 ROOT Gaming was acquired by compLexity Gaming and Destiny joined compLexity.[1] Ten days later compLexity Gaming released Destiny, citing refusal to honor his contract.[2] In a forum post, Destiny clarified that he had qualms with the contract before signing it, but was worried the acquisition deal would fall through had he not signed it.[3]

Destiny qualified for IGN ProLeague Season 2 through its first qualifier. In the main tournament, he was knocked to the losers bracket by Socke in the first round, where he was eliminated by Axslav.

He was invited to compete in the group stages of the GeForce Pro/Am tournament. There, he defeated South Korean players Bomber 2-1 and AcE 2-0, but lost to SjoW, ThisIsJimmy, and ViBE. This meant that Destiny would not compete in the playoffs.

When patch 1.4 containing Infestor nerfs was announced, Destiny jokingly said he would switch to Protoss if the changes were to go live. When his main account got banned for a short period, he started laddering as Protoss on a new account. He eventually made it to rank 1 in his Masters league as Protoss, before returning to playing Zerg on his main account.

On October 9, 2011, Destiny announced he would be joining a team. Many speculations over what team would bring him in included teams such as Team Reign with his former teammates KiWiKaKi and Slush and Quantic Gaming as they started building up their StarCraft II team starting with acquisitions such as SaSe. On October 11, it was eventually announced that Destiny would join Quantic Gaming.[4]

On December 2, 2011, Quantic Gaming announced, that Destiny would go to Korea and stay there for about 3 weeks to train in the StarTale House.[5]

On June 2, 2012, shortly after joining the newly reformed ROOT Gaming, it was announced that Destiny would travel to Poland and practice in the Ministry of Win training house.[6]

Destiny's first major tournament was MLG Dallas 2011 where he made it to round 3 of the open bracket before getting knocked to the losers bracket 2-1 by ReSpOnSe. There he was defeated 2-0 by Axslav.

He competed again in MLG's open bracket at MLG Columbus 2011, where he was defeated by Darkcell in the first round, but made a decent run through the losers bracket before being eliminated 2-1 by Slurgi in round 6.

At MLG Anaheim 2011, he was knocked down to the losers bracket early on, where he defeated TT1 before being eliminated in round 4 by a Terran player named Edge.

Destiny did not attend MLG Raleigh 2011 primarily because he felt unprepared for the event.[7]

At MLG Orlando 2011, he was knocked down to the losers bracket from the second round of the upper bracket after losing to Artist 2-0. He was then eliminated in the fifth round losers bracket by Titan 2-0.

At MLG Providence 2011 he made it to the third round before losing 2-0 to Machine. In losers round six, he was eliminated by ostojiy 2-0.

Destiny was invited to join a LAN tourney which was held in Germany by TaKe. Destiny was grouped with some of the top players which includes Ret, Grubby and GoOdy. Destiny put up a great fight in the first match-up against Grubby showcasing his polished skill after his training in Korea. He lost the match 1-2. Then he went against GoOdy and Ret but lost both matches 0-2.

In 19 January 2012, Destiny participated in Cyber Sports Network Rundown #7 which was streamed live. Showing impressive results from his training in Korea, he defeated KiLLeR 2-0 in the semifinal match-up. Despite showing impressive improvement, he was unable to beat viOLet causing him to take second with a score of 3-2.[8]

Destiny was invited to March 2012's Lone Star Clash where he would face DeMusliM in the first round. After losing the first game of the best of 3 on Metropolis, Destiny would face DeMusliM on ESV Cloud Kingdom. In the first few minutes of the match, shortly after DeMusliM lifted a barracks to reveal and kill a hidden overlord, DeMusliM's PC had issues and he was timed out of the game. As soon as the regame started, Destiny moved his overlord to the same spot and allowed it to again be killed by DeMusliM in a show of respect. Many observers credited Destiny for his manner and good sportsmanship. Destiny would go on to lose that game to DeMusliM getting knocked into the Loser's bracket. There he would defeat Dragon 2-1 but fall to Grubby 0-2 and get eliminated from the tournament.

A series of events transpired which led to Quantic and Destiny no longer being affiliated with one another.[9] Destiny had used language on his personal stream that much of the community found unacceptable. He had been doing so for some time, but it was not until a similar controversy occurred involving orb that Quantic took action. Destiny's and orb's situations had many parallels, primarily that their respective teams seemed to have their hands forced by the community's negative reactions to the use of language that they deemed was inappropriate. Destiny stated that: "There were a few options on the table when we were discussing things, but all of the options left Quantic in a really rough position." He remained positive that this would not affect him negatively besides the lack of help and support that his team provided.

On May 15, 2012, Destiny returned to ROOT Gaming after CatZ announced its rebirth.[10] He eventually parted way with the team on August 28 of that year, as ROOT Gaming had received negative feedback concerning incidents that had occurred throughout Destiny's past. Despite the release from ROOT's roster, CatZ voiced his regret for this move, stating: 'We release Steven today because there are 25+ people working hard every day to make ROOT grow and we don't want their efforts to be in vain. We release Destiny today because as selfish as it may sound, I'd rather release Steven today than disband our team tomorrow due to lack of financial support'.[11]

Legacy as an SC2 progamer[edit]

In 2012, Destiny began spending more time streaming League of Legends, and less with StarCraft II. For the next several years, Bonnell would frequently flirt with StarCraft II between streaks of League of Legends and a plethora of other titles. Despite this departure from a StarCraft focus, Bonnell has remained linked to StarCraft. Be it through forum posts, streaming the game, or discussing his history as a progamer and streamer in videos and interviews, Destiny seems ever present in the StarCraft II community, regardless of what his primary focus may be at the time. As of October 2020, Destiny continues to stream StarCraft II on occasion. He is consistently described as a former StarCraft II progamer during interviews and podcasts, and maintains his status as one of the most popular streamers on twitch.tv.