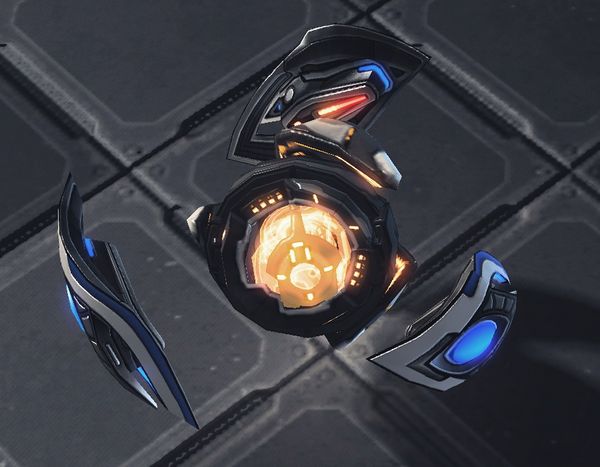 The Disruptor is a Protoss Construct unit with no auto attack, produced from the Robotics Facility after finishing the Robotics Bay. It was introduced in Legacy of the Void. Originally built for channeling power from a starship reactor, this unit's design and animation while using its ability reflect this. Once enabled, its "Purification Nova" (Nova for short), after a short delay for targeting, explodes and hits friendly and enemy units alike (except friendly Disruptors).

The movement speed of the Nova is slightly faster than the average speed of units without their movement upgrades, with other units can dodge or escape into the air. Similar to the High Templar and its Psionic Storm ability this unit is best used with a Warp Prism (ideally with Gravitic Drive), which can carry two.

This ability damages friendly units, except other Disruptors. The nova moves at a speed of 5.95. It can be countered with skilled micromanagement. It is best used against relatively weak units such as workers.

Two Novas are needed to kill an Immortal but only if you wait out the Immortal's barrier between the first and second shot.

It needs three or more Novas to take out Ultralisks, Colossi, and Thors.

With the revertion of the Disruptor to its pre 4.0 state Disruptors are no longer as useless vs Zerg as they have been during patch 4.0 - 4.7.1 With this said, it is only advisable when a Zerg creates force of Roaches and Hydralisks or Roaches and Ravagers trying to brute force their way through a Protoss while off creep in large clumps is very vulnerable to getting destroyed by Purification Novas.