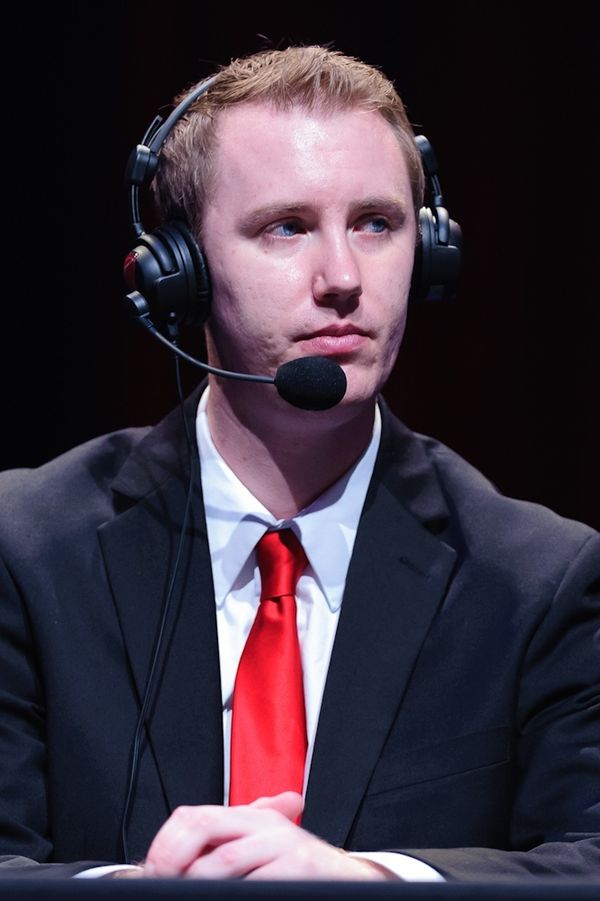 Erik "DoA" Lonnquist is a professional commentator who works for Blizzard Entertainment as a caster in the Overwatch League.[1]

The name DoA came from a history of FPS gaming, as he would "Die on Arrival" when learning a new FPS, and thus gave himself the name DoA.[Citation needed]

DoA began playing SC2 in the beta, however after realizing he wouldn't be able too commit enough time to becoming a Pro gamer, decided that going down the commentary route would be the best direction. Having worked in radio before,[Citation needed] casting came easily to DoA as he began his rise to popularity.

Having cast VODs on YouTube, he decided to send one to GomTV, really not expecting any result from it. However, three months later John the translator emailed him back and offered him a placement there for a season of the GSL. After eventually returning to the USA, DoA was eventually invited back yet again to cast the GSL. He was a regular face on the GomTV broadcasts from March to November 2011 as a GSL Code A shoutcaster alongside Wolf, Khaldor and Moletrap.

Aside from working with GomTV, DoA has worked with other organizations such as CSN on their "Clash of the Houses" tournament, South Korean Weekly tournaments and other LANs that occurred before the move out to Seoul.

On November 29 it was announced that DoA would be returning to the United States to join the in-house IGN ProLeague casting team for 2012.[3] He began casting for them in January 2012.

On August 24, 2012 it was announced that DoA would re-join forces with moletrap in Korea to cast the OnGameNet Starleague Season 1.[4] In a blog he revealed that casting a tournament as prestigious as the OSL has put him under more pressure than ever before, but that it also motivates him to do the best he can.[5] Later that day DoA tweeted that he was currently in the hospital and would not be able to travel to Korea and cast the OSL as planned.[6] The day after he shared that his gallbladder was to be removed[7] and finally that the surgery went well and he is recovering.[8] DoA has since recovered and has traveled to Korea in order to cast the OSL for OnGameNet.[9]

League of Legends and return to Blizzard casting[edit]