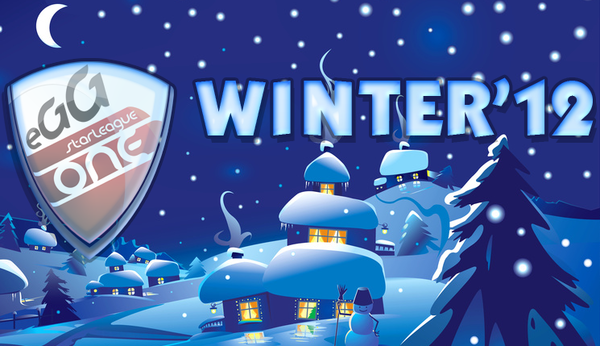 The eOSL Winter 2012 is the third season of eGG-one Starleague. Unlike the previous seasons which featured only French players, the event is also accessible to Belgian and Swiss players.[1]. Otherwise, Anoss from Origine Online replaces KroK and aspeak as the shoutcaster [1]

The eight players who reached the quarterfinals of eOSL Summer 2011 are invited, nonetheless Laukyo (who is banned of this event [2]) and ToD (who is in South Korea) will not attend the starleague. They will be replaced by a Belgian and a Swiss player [1]. Six of the eight remaining spots are granted through qualifiers, which also feature a 50 EUR endowment for the winner. The two last spots will be granted by a vote held during the broadcast "100% SC2" [1].