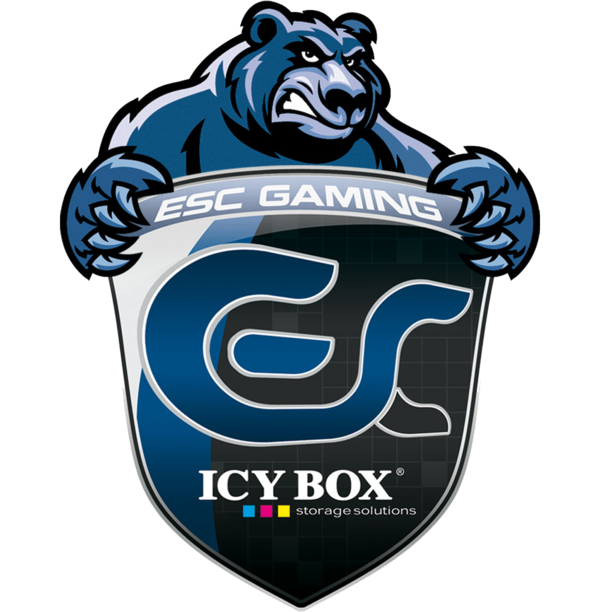 ESC Gaming (previously known as "ESC ICY BOX") is a professional German eSports organization founded in 2007. ESC Gaming is the competitive division of the Electronic Sports Centre, a facility in Pulheim, Germany designed for bootcamps for eSport professionals. It also serves as a headquarters for ESC Gaming, and often houses players, including ESC's Korean StarCraft II players. The ESC facility often receives high profile eSports professionals across all eSport titles to practice before an event.

ESC is known for having housed several big names in different eSport titles in the past, such as k1llsen in Quake Live, and the 'Golden 5 Counter-Strike 1.6 section. In Brood War they were notable for owning the squad that later transferred to mousesports, which included White-Ra, Ret, Strelok, IefNaij and others.[1]

ESC Gaming's StarCraft II division was founded on the 1st of August 2010 with seven players, including GoOdy and DaBoO.[2] Whilst the team is mainly focused on the national scene, they also enjoy an international presence with a few ace players. ESC's StarCraft II division is complemented by an Academy lineup. Since 2010, GoOdy has been the team's premier player, although players such as Daisy, ShoWTimE and Arthur have recently been the forerunners of the brand in international competitions.

ESC competed under the name ESC ICYBOX in representation of their previous main sponsor. The organization fields divisions in various games, including StarCraft II, World of Tanks, Counter-Strike: Global Offensive, League of Legends and FIFA amongst others.