The ESL Pro Tour 2022/23 (EPT) is a series of events organized by or in cooperation with ESL. They are designed to include three major StarCraft II broadcasters, AfreecaTV, DreamHack and ESL. ESL Pro Tour will be essentially split into seven regions, only reunited in Global Events and in the Global Finals at IEM Katowice 2023 that concludes the season.

Thirty-six spots in the Masters Championship 2023 (Global Finals) will be available, either by winning specific events, or by being one of the top-ranked players of the regional EPT Standings.

The ESL Pro Tour 2022/23 system is split into seven regions, each region has their individual standings. 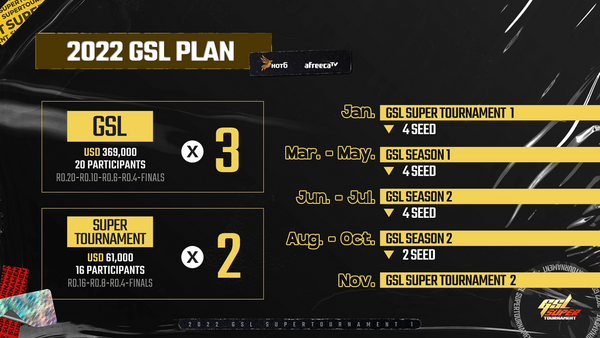 Two GSL Supertournaments, a 16 player single-elimination event, that qualifies the top 4 to the first season of GSL: Code S and to close the year.

Each Division has a different prize pool and format. The Divisions are region locked and qualify players to the Global part of the three SC2 Masters Seasons. 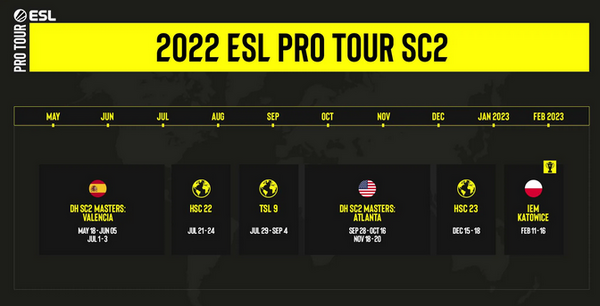 Besides the ESL Open Cups and IEM Katowice 2023 as well as the EPT Season Finals (Summer/Valencia and Winter/Atlanta) 2 organizations joined in this season to organize tournaments being part of the tour: Team Liquid with the TSL9 and TaKeTV with 2 seasons of HomeStory Cup.

At the end of the year, thirty-six players qualify to the Masters Championship 2023.