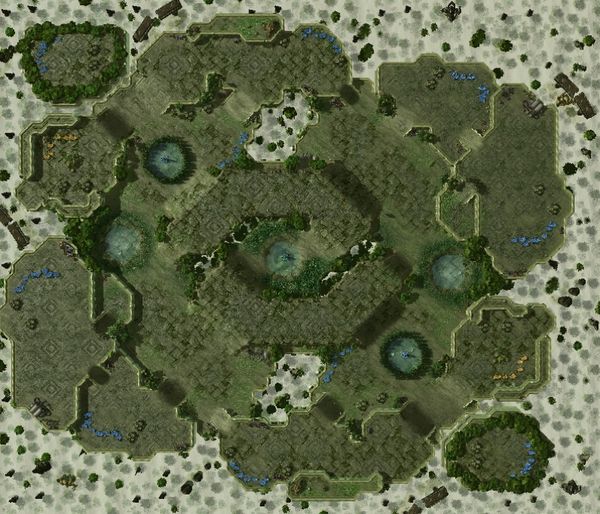 This is the remake from Konicki's old map, many changes have been made all over the map. The main shape has been modified, the natural mineral formation has been moved a little bit, the 3rd has been also moved and the island has minor changes. The 4th bases have more minerals and the gold had a major change, it is now next to the main cliff. Line of sight blockers around the Towers have been removed, the middle highground path have now a more natural shape.