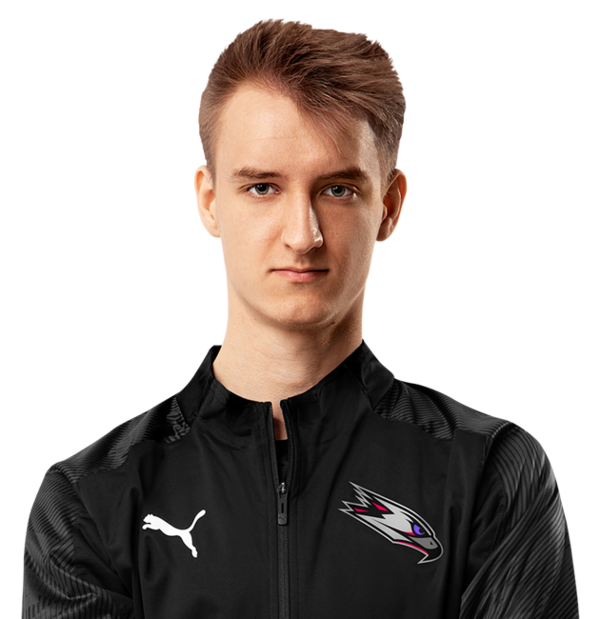 Mikołaj "Elazer" Ogonowski (born December 11, 1997) is a Polish Zerg player who is currently playing for AGO Esports.

After only playing seriously for a few months, Elazer was already a well known player in the ESL Go4SC2 cups. He got second in the monthly finals of April, losing to HyuN 3-1. He has played in almost every Go4SC2 monthly finals since march, always showing good results.

The first offline LAN he attended was 2014 DreamHack Open: Valencia. There he easily swept his group in the first group stage going 4-0 in maps. In the second group stage Elazer first lost to the fellow Polish Zerg Tefel 1-2. In the loser match he beat PengWin 2-0 before losing to Tefel again. Dropping out of the tournament meant an 33-48th finish at his first premier offline event for Elazer.

In the remainder of 2014 Elazer continued to make a name for himself in several online cups but was not able to qualify for any further premier offline events.

In the beginning of 2015, Elazer did not have any notable results, but just like in 2014 he kept training hard and playing in online cups.

On March 20, 2015, it was announced that Elazer joined Team Extreme Supremacy after being with AT Gaming for over one year. Shortly after this Elazer was able to qualify for the 2015 WCS Season 2. This marked the first time he qualified for any league in the WCS system. In his Challenger match Elazer had to play ShoWTimE, who just came back from a semi-final run in the 2015 WCS Season 1 and was highly favored to win the match. Just as expected, ShoWTimE won the first map, but after this Elazer won the following three maps, advancing to Premier League. There he was placed in a group with MajOr, Polt and TLO. Elazer was able to beat MajOr 2-1, but then went on to lose 0-2 against TLO and Polt. This meant that Elazer finished 17-24th in his WCS debut, earning $4,500. Due to this finish, he was also seeded into the 2015 WCS Season 3 Challenger League, where he had to play Welmu whom he beat 3-0, making it to Premier League again. This time, he was placed into a group with Snute, Jim and Hitman. After initially winning against Hitman and then losing to Snute, Elazer met Hitman in the decider match. He was eager to win since the Ro16 event was announced to be in Krakow which meant that Elazer could play in front of a Polish home crowd. But unfortunately Elazer fell to Hitman's aggressive strategies and was visibly disappointed and frustrated. Luckily for Elazer, it was later revealed that Hitman would not be able to attend the Ro16 and that Elazer would replace him. This also meant that Elazer had to play three Koreans, Polt, Hydra and viOLet, in the Ro16. Despite being the underdog, Elazer was able to beat Hydra and took a map off Polt, but in the end he finished third and dropped out of the tournament.

In addition to WCS, Elazer also participated in HomeStory Cup XI, replacing Nerchio, and 2015 DreamHack Open: Valencia. But, in both tournaments, Elazer dropped out quite early.

Elazer qualified for the first LotV premier tournament, the DreamHack ROCCAT LotV Championship. After beating Avokado, Reynor and Semper, while losing to Solar and Lambo, he placed third in his group and advanced to the next round. There he met ShoWTimE, who beat him 0-3. Finishing 9-12th, Elazer earned $1,250.

Elazer qualified for HomeStory Cup XII as well. There, he had a breakout performance and finally got more recognition after reaching the semi-finals. His semi-final run notably included a close 3-2 win against PtitDrogo in the quarter-finals. PtitDrogo won the first two maps but Elazer reversed the score and advanced to the semi-finals. There he lost 0-3 against MMA but still this was probably Elazer's best performance to that point.